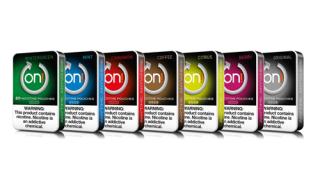 Altria's $327-million investment will expand on! in U.S. markets.

RICHMOND, Va. — Altria Group Inc. is entering the oral nicotine category with a definitive agreement to acquire 80 percent of certain companies of Burger Söhne Holding AG that will commercialize on! products worldwide.

On! is an oral tobacco-derived nicotine (TDN) pouch product.

"We're excited to add on! to our companies' terrific non-combustible portfolio," said Howard Willard, Altria's chairman and CEO. "Through our companies and investments, we have access to the leading products and brands in the moist smokeless tobacco, e-vapor and heated tobacco categories. This acquisition will add another non-combustible product to our portfolio in what we believe is a high-potential, rapidly developing oral TDN products category."

Upon closing, Altria will invest $372 million for an 80-percent ownership interest in the global business. The tobacco company expects to complete the transaction in the second half of 2019, subject to customary closing conditions, and to finance the transaction with available cash.

The on! portfolio consists of seven flavors and five nicotine strengths for a total of 35 SKUs, all of which were available for sale in the U.S. market as of Aug. 8. The product is currently available in limited distribution in several thousand U.S. retail outlets, is available in Sweden and Japan and is also sold via e-commerce.

Upon closing of the deal, Altria's newly formed subsidiary, Helix Innovations LLC, will become the parent company of Burger Group subsidiaries currently manufacturing and selling on!.

Altria and Switzerland-based Burger Group also reached a deal for Altria to distribute on! across the United States before the transaction closes, "which we expect will allow Altria to quickly expand retail distribution," the Richmond-based tobacco leader said.

Citing IRI data, Altria noted sales of TDN products grew to around $60 million in the U.S. in 2018, demonstrating approximately 250-percent growth compared to 2017. Approximately 20 million adult smokers in the U.S. are interested in tobacco products that offer reduced-harm potential and, specifically, more than 6 million adult tobacco consumers are open to trying oral TDN products, it added.

"We're excited to put our resources behind on! and participate in what we expect to be a fast-growing category. Combining our deep understanding of adult tobacco consumers and Altria's best-in-class sales and distribution infrastructure, we expect to drive the on! brand toward sustainable, long-term leadership," said Allison Bolyard, senior director and general manager of Helix.

"We believe this is a competitive advantage," she said. "Importantly, the deal eliminates the need for Altria to go through a lengthy and expensive [Premarket Tobacco Application] process since on! has been in the U.S. market since Aug. 8, 2016.

"We like the deal which showcases Altria's desire to win and willingness to be more aggressive/pivot fast to accomplish," Herzog added.

One of Wells Fargo Securities' retail contacts told Herzog that on! has done well in about 20 out of 54 stores. "However, they've had poor coverage of reps in the state and poor roll out on expansion of stores with us; hopefully this may be a 'major' benefit," the retailer said.

In addition, according to Herzog, most retailers are upbeat about the category and expect to allocate more shelf space.

"I think the opportunity is great and I believe you will gain new customers with these products," one retailer contact to the analyst.

One other retailer believes on! "could be a good complement to Juul," Herzog added.

The brand portfolios of its tobacco operating companies include Marlboro, Black & Mild, Copenhagen and Skoal.