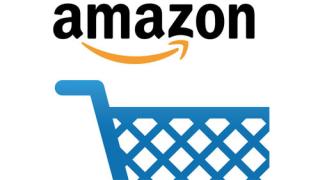 SEATTLE — Amazon Inc. is planning to open dozens of grocery stores in several major U.S. cities as the retail giant looks to broaden its reach in the food business and touch more aspects of consumers' lives, according to sources familiar with the matter.

The e-commerce giant plans to open its first grocery store in Los Angeles as early as the end of the year, and has also signed leases for at least two more locations with openings planned for early next year, The Wall Street Journal reported.

While the identity of those locations were not disclosed, sources said that additional talks are under way for Amazon grocery stores in San Francisco, Seattle, Chicago, Philadelphia and Washington, D.C.

The new grocery store would help Amazon in fulfilling a years' long initiative to build out a physical grocery presence, which was at one point potentially envisioned to reach more than 2,000 brick-and mortar stores in a variety of sizes and formats, according to WSJ.

For its new grocery stores, Amazon is targeting new developments and occupied stores with leases ending soon. It is also exploring purchasing regional grocery chains with about a dozen stores under operation, one source noted. The stores are expected to be 35,000 square feet, smaller than the typical 60,000-square-foot supermarket.

It isn't clear whether the new stores would carry the Amazon name, but they would be distinct from the company's upscale Whole Foods Market chain — which it acquired in 2017 — and will offer a different variety of products at a lower price point.

Amazon's new grocery brand comes as the retailer continues to roll out Amazon Go, its cashierless convenience store concept, across urban areas. The Seattle-based company is eyeing the possibility of opening as many as 3,000 Amazon Go stores over the next few years, as Convenience Store Newspreviously reported.

It hasn't been said whether or not the new grocery stores would be cashierless, but they will be heavily tilted to customer service and pickup capabilities, the sources noted.