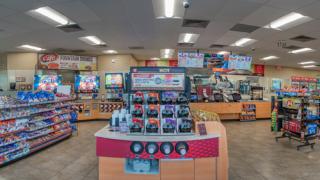 ENON, Ohio — A new bidder could be eying a deal for Speedway LLC as Marathon Petroleum Corp. (MPC) is reportedly considering offers for its retail network.

According to Bloomberg, TDR Capital is considering throwing its hat into the ring for the convenience stores. Citing people familiar with the matter, TDR is reaching out to banks to see how much financing it could raise for a Speedway bid.

Any offer would likely be in partnership with another suitor, the news outlet reported, adding TDR has held talks about potentially joining with Alimentation Couche-Tard Inc. on an offer for the chain.

Canada-based Couche-Tard is the parent company of Circle K. It is reportedly positioning itself to pursue Speedway, preparing to sell 1,250 of its sites located near Speedway stores. The divestitures would put it ahead of any potential competitive concerns that Federal Trade Commission may raise, as Convenience Store News previously reported.

TDR already owns EG Group, the U.K.-based retailer that made splash in the United States when it acquired The Kroger Co.'s c-store business in 2018. EG Group followed that move with several more acquisitions in the U.S., most notably its deal for Cumberland Farms in the fourth quarter of 2019.

Enon-based Speedway is a network of roughly 4,000 convenience stores across the United States.