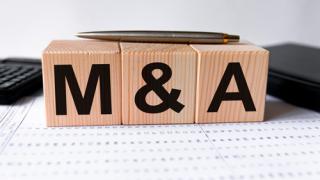 CHICAGO — Unlike years past, the first four months of 2022 have not brought any headline grabbing merger-and-acquisition (M&A) transactions. That does not mean the channel has been quiet, however.

With history dating back to 1923, Laurel Oil has been known as a marketer of Shell and unbranded petroleum products. Its retail operations offer a mix of c-store staples and curated gift shop merchandise that caters to the local market.

"Over the course of our long and successful history, we've made many friends and positive contributions to our communities. We believe Clark Oil values the relationships we've built over 99 years and four generations in the business and will continue Laurel Oil's long-standing tradition of excellent community service," said Tom Saucier, president of Laurel Oil Supply and member of Laurel Oil LLC.

Clark Oil, a family-owned petroleum marketer and convenience retailer, distributes branded petroleum products to more than 150 c-stores in the southern Mississippi and southern Alabama areas. Clark Oil operates more than one-third of the locations under its proprietary Clark's store brand.

Westlake, Ohio-based TravelCenters of America Inc. (TA) also recently wrapped up some M&A activity. Earlier this month, the completed the acquisition of two travel centers for $45 million. The Petro Raphine and TA Lexington travel centers, located along the Interstate 81 corridor in Virginia, have been TA franchise locations since 2011.

"Investing in growth through the addition of company-owned sites is one of our key priorities for capital deployment this year," said CEO Jonathan Pertchik. "Located along a busy and strategic highway corridor which serves professional truck drivers, four-wheel travelers and the local communities, we expect these sites to exceed our minimum return thresholds. With the size and breadth of offerings at Petro Raphine, we are adding a flagship location to our company-owned sites and will also benefit from the experienced managers at these locations joining our company."

In addition to completed deals, a convenience store/gas station in San Jose, Calif., hit the market. NRC Realty & Capital Advisors LLC has been retained as the exclusive real estate broker by the order of the Superior Court of the State of California for the sale of Moe's Stop service station in San Jose.

"The property is very well located near Cambrian Park Plaza proposed redevelopment site which is a 'signature' San Jose project which will have 305 apartments, 48 single-family homes with 27  attached accessory dwelling units and 25 townhomes," said NRC's Evan Gladstone. "The development will also include a 229-room hotel, a senior living center and four acres of open space. The current shopping plaza has a BevMo Beverages & More, Round Table Pizza, Togo's, Bank of the West, and The Dollar Store as well as a dozen of other neighborhood tenants."