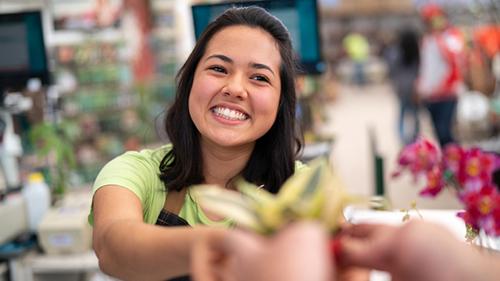 According to a new study from Engine Insights, a marketing solutions firm headquartered in New York, a quarter or more of consumers indicated they would be willing to pay a premium to ensure the availability of human assistance in their future retail experience with the exception of c-stores.

Engine Insights found that roughly two-thirds of consumers (64 percent) would pay a premium for human interaction in at least one of eight major retail and dining categories. This is even higher among younger-age segments, particularly those ages 18 to 34 (74 percent).

On average, the additional amount these consumers are willing to pay for human interaction is 10 percent.

Additionally, from the data, the marketing solutions firm created a new People Premium Index, ranking the channels in terms of the combined effect of consumers' willingness to pay more, along with how much more they're willing to pay.

"In a future where the physical retail experience is increasingly automated and devoid of human interaction, brands have the opportunity to leverage the power of human connection to differentiate and capture value through a relative price premium," said Engine Insights CEO Oliver Rust.

The full report can be found here.