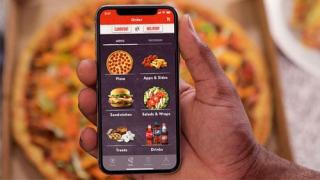 ANKENY, Iowa — Casey’s General Stores Inc. has been dishing up pizza across America’s heartland since 1984. Representing 20 percent of the $9 billion-plus retailer’s $1.1 billion foodservice business, Casey’s made-from-scratch pies have earned it a spot among the country’s top five pizza chains.

However, like many c-stores, Ankeny-based Casey’s digital ordering and delivery technology had not kept pace with that of its fellow major pizza chains or other foodservice competitors. Casey’s needed an app that befit the needs of its 2,000-plus-store chain serving almost 20 million pizzas annually in 16 Midwest states — along with burgers, sandwiches and other fresh fare.

“Casey’s introduced digital ordering four years ago. But it was clunky ‘white label’ technology. When you tapped to order, you were pushed to a new site. We did decent revenue, but it wasn’t a great digital experience,” said Art Sebastian, vice president of digital, who joined Casey’s 19 months ago. “If you’re a 40-store chain, the white label app makes economic sense. But with almost 2,200 stores, we needed something more enterprise grade.”

Customer-facing experiences are fully integrated with its kitchen order management system to create a frictionless experience for both customers and in-store teams.

“We developed the best technology and architected the best tech stack for the modern era for a truly seamless experience,” said Sebastian. “We wanted to be relevant and contemporary to customers moving forward, making a unique value propostion and putting guests at the center of decision making.”

Among the first c-stores to do so, Casey’s has offered food delivery since 2012. Like many pizza chains, it employs its own drivers, delivering from 800 locations. Market-variable delivery fees are about $2.

But some locations do not have delivery and some dayparts are too slow to offer it. So, in January, Casey’s partnered with DoorDash for delivery from stores in Lincoln and Omaha, Neb., allowing the retailer to fill gaps according to need.

“There are consumers we’re not accessing,” said Sebastian. “We deliver from hundreds of stores. But days, times and driver availability differ. Partnering with a third party lets us deliver from more stores seven days a week for longer hours.”

Orders placed through the Casey’s app are delivered by its drivers; customers using the DoorDash app are serviced by DoorDash. Casey’s is open to using additional third-party partners in tandem with its own drivers. How combinations play out in the future remains to be seen.

“DoorDash is the first step,” Sebastian said. “Consumers will vote. We’ll learn a ton and determine how third parties fit.”

Sebastian and his team continue fine-tuning the new ordering and delivery app and relevant technologies. He hopes to add Apple Pay and, later this year, analytics functions will be supplanted by an artifical intelliegence-driven system that generates faster, more customized offers.

“Our vision is to unlock the rest of the store. The technical challenge is knowing what’s available, which would be displayed on the website or app. We must work out picking and packing, which can be difficult in a small box,” he acknowledged.

To date, Sebastian said digital ordering has increased “significantly.” While he would not divulge numbers, he believes that “in very short order,” half of Casey’s pies will be ordered digitally.

“This isn’t a goal, it’s a prediction. With a few clicks, you’re building deeper relationships,” he said.