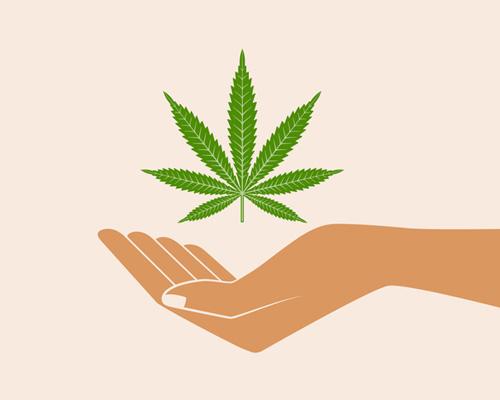 Passage of the Farm Bill in December opened up opportunities, according to TPE 2019 panelists.

LAS VEGAS — Tobacco Plus Expo (TPE) is traditionally known as being the first tobacco show of the year. It is also known for showcasing the next big thing in tobacco.

Several years ago, that was vapor products. This year, the alternative tobacco product on most TPE attendees' minds was cannabidiol (CBD) products.

Speaking at TPE 2019 on a panel discussion entitled "A to Z on CBD," Christian Cypher, senior vice president of global specialty products and managing director of specialty crops for Pyxus International, explained that passage of the Farm Bill in late 2018 ushered in a new era of opportunity for CBD products. Pyxus International is a North Carolina-based global agricultural company.

"Development is happening fast with new players," he noted.

Among other things, the Farm Bill legislation permanently removed hemp from the Controlled Substances Act, deeming it an agricultural commodity. As a result, federally regulated institutions, including banks and credit card companies, may now freely conduct business with the hemp industry.

The key difference between marijuana and industrial hemp is the amount of tetrahydrocannabinol (THC), the main psychoactive compound in marijuana. CBD products made from hemp oil can only have up to 0.3 percent THC.

"Now, it is federally legal to grow, process and retail hemp-based products unless states have specific laws prohibiting it," Moyer said.

As for how big the opportunity is, Cypher responded: "How big is big?"

Before passage of the Farm Bill, there were a few reputable firms looking at the hemp space. The passage of the bill cleared roadblocks at the federal level, leading to more interest by both large companies and mom-and-pops, according to Cypher.

Estimates put the proposed hemp market at more than $20 billion by 2023. "The farm bill created interest from some who were previously hesitant," he added.

"There is a tremendous amount of interest now that it is federally legal and once states have a framework in place, there will be a continued interest," Cypher told TPE 2019 attendees.

However, there are some challenges to overcome, notably from the consumer side.

Cypher pointed out that there's "a wealth of misinformation and great information" about the CBD products industry. "Consumers need to cut through the noise," he said. "What's real and what's not?"

On the supply side, hemp is a new product for roughly 90 percent of farmers, so "tried and true" agricultural best practices still need to be developed.

Moyer is ready to meet the challenges. "One thing that excites me is the ability to solve some of the challenges," he said, agreeing that one of those challenges is having a quality supply of hemp.

"There are no guidelines for hemp or CBD manufacturers today, so it is up to the manufacturers to have their own quality assurance systems in place," Moyer said. "It is exciting to me to expand and get to scale, so we can deliver quality products to retailers and consumers."

Cypher also expressed excitement for the emerging industry. "I am waiting with bated breath to find CBD widely accepted across multiple product formats as an ingredient," he said.

Bianca Iodice, president of North Carolina-based e-liquid company Purilum, said there are many companies doing an excellent job in the space, but she cautioned, "Let's not make mistakes so people say bad things about CBD."

As Moyer pointed out, transparency will play a critical role in the industry.

"You can liken the CBD industry to where vapor was five or six years ago," Cypher added. "There needs to be a maturation process."