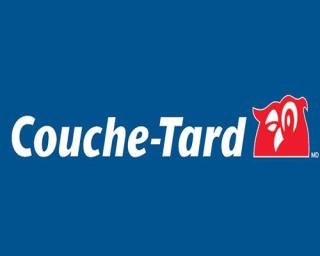 LAVAL, Quebec — It may appear that Alimentation Couche-Tard Inc. has hit the pause button on acquisition activity after a busy few years; however, the retailer is not standing still.

The Laval-based convenience store operator has had its plate full with the rebranding of its retail network to one new global Circle K brand, as Convenience Store News previously reported. The company also has been making progress integrating its last two acquisitions: San Antonio-based CST Brands Inc. and Bloomington, Minn.-based Holiday Stationstores Inc.

"The performance of same-store sales in the CST network, both in the U.S. and Canada, continued to be a strong network leader throughout the year," Couche-Tard President and CEO Brian Hannasch reported during the company's fourth-quarter fiscal year 2019 earnings call on July 10.

"In addition, the annual synergies run-rate surpassed Couche-Tard's target of $215 million over the three years following the transaction — which is one year earlier than planned," he noted.

These synergies resulted in reductions in operating, selling, administrative and general expenses; as well as improvements in road transportation fuel and merchandise distribution and supply costs, the company noted in its earnings release.

"I want to thank all of our team members directly involved in this impressive achievement, including our operations, shared services, finance and HR teams," Hannasch said. "As we continue down this road, I am confident we'll realize even more synergies."

In the integration of the Holiday network, the CEO said several reverse-synergy initiatives are "well underway, with measurable results now impacting our bottom line in the broader network."

Over the past year, several of Couche-Tard's business units in North America have adopted best practices and products from Holiday. This includes the integration of Holiday's private-label beef jerky line and its "Crispy" treats program, according to Hannasch.

"Based on early results and limited SKU participation, this program looks to be capable of delivering significant return on incremental sales once fully implemented networkwide," Hannasch said.

"We continue to work actively on integrating operational excellence programs from Holiday, including a key focus on a storefront tool that helps store managers have the resources and information they need in one place, in a well-structured and prioritized way, so that it can be effectively executed," he continued.