HOUSTON — In 2010, CITGO Petroleum Corp. commemorated 100 years in business with the launch of its "Centennial Image." Now, the company is looking to honor its 110th anniversary by "illuminating" the brand through a new Illuminate Reimage Program.

The Centennial Image was designed to be a celebration of the brand's 100-year run as an iconic, recognizable and trustworthy American business. Through the Illuminate Reimage Program, CITGO seeks to strengthen its trusted brand status and enhance its visual appeal to the public, 24/7, according to the company.

"These upgrades to our centennial brand image reflect the constant innovations and improvements that have defined CITGO for 110 years," company representatives told Convenience Store News. "The new imaging elevates the existing CITGO Trimark symbol and channel letters our customers recognize whenever they drive to a CITGO station."

Elevating the existing CITGO Trimark symbol, the Illuminate program aims to symbolize energy and progressiveness through multiple elements, including:

"Each location is a billboard for the brand in the local community. We want station owners to be proud to fly the CITGO flag. The Illuminate image program is part of an ongoing improvement process where minor modifications to the brand continue to set our image apart," the company representatives explained to CSNews. "CITGO evaluates the total cost of branding when determining the materials and image elements required to represent the brand. Reducing maintenance upkeep ensures that the image will remain crisp and clean long after the installers leave." 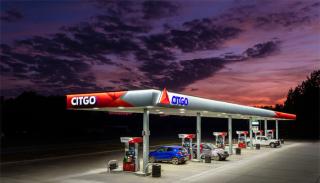 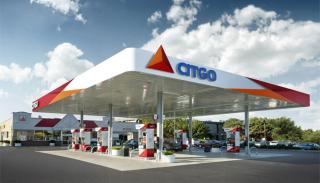 The new Illuminate brand image (top) upgrades and strengthens the visual appeal of the Centennial Image introduced in 2010 (bottom).

To communicate the updated brand image to its retailers, CITGO announced the Illuminate Reimage Program in the March/April 2020 volumes of its CITGO Now and Retail Connections digital newsletters, as well as in printed sales literature, video messages, and content posts on the MarketNet marketer portal and MyCITGOStore.com, a go-to resource for its retailer partners.

As of March 1, all new-to-CITGO locations received the Illuminate elements, and beginning May 1, existing locations will start converting their station branding to the upgraded image. CITGO plans to reimage more than 700 stores per year over a seven-year period, with expected completion in 2027.

Throughout this year, the 110th anniversary commemoration also will include communication of the Illuminate program to CITGO employees. A series of communications designed to educate CITGO employees on the company's history will give them an opportunity to win vintage replica models of an early CITGO gas dispenser.

Additionally, the company's websites will display a celebratory badge and display banners. CITGO.com will showcase a timeline of company highlights throughout its history.

"With roots stretching back more than 110 years, CITGO has always been on the cutting-edge of street-level design. Our brand image is one of the industry's most attractive designs. Not only is it a primary reason that marketers and retailers choose to fly the CITGO flag, but it also serves as a beacon of great service to consumers that stands the test of time," according to the representatives.