NATIONAL REPORT — January marks the beginning of a new year, filled with hope and the promise of good things to come.

It also marks Human Trafficking Awareness Month and with the efforts of many, including national nonprofit organization In Our Backyard (IOB), January could mark a new beginning for a survivor — free from human trafficking.

January was first declared as National Slavery and Human Trafficking Prevention Month in 2010, and Jan. 11 marks National Human Trafficking Awareness Day. However, the push to raise awareness of human trafficking began even before the official proclamation. Nita Belles, executive director of IOB, started outreach efforts around the Super Bowl — which often sees an uptick in trafficking activity — more than a decade ago.

Each year, the Bend, Ore.-based organization hosts an outreach event the weekend before the Super Bowl in the game's host city. In 2020, the event will be held Jan. 25 in Miami. The event features speakers such as local lawmakers discussing human trafficking in the area, and survivors.

Given its position as a coastal city that is easily traveled to and from along the eastern seaboard, Miami is a prime area for human trafficking — specifically sex trafficking, according to IOB.

"At the event each year, we give volunteers a Human Trafficking 101 training. What is human trafficking? How do you recognize it? How do your report it? How do you become more aware? How do you prevent it?" explained Liz Beaty, program strategist for In Our Backyard.

This year's event partners include The Women's Fund Miami-Dade, The Salvation Army, The Miami Super Bowl Host Committee and St. Thomas University, where the daylong program will take place.

Following each year's awareness event, volunteers visit convenience stores in the host city and bring copies of IOB's Missing Children's Booklet, which the organization creates with the National Center for Missing and Exploited Children. The booklet features information about missing children from the area and surrounding states.

The volunteers ask c-store employees if they have seen the children — who can vary in age from young teens to early 20s — in the area.

"Last year, we had 34 missing children in the booklet and after our event, 13 were recovered," Belles shared. "Every year, it is a similar story. There is always recovery.

"People are out there, and convenience stores are just one way to really make a difference. They see a lot of foot traffic. Half the U.S. population every day is going in a convenience store," she continued. "If they are trained to know what to look for, how to recognize it and how to report it, they certainly can be part of the solution for recovery — not only missing kids, but trafficking victims, too."

In 2019, Atlanta played host to Super Bowl LIII. By March 1, as a result of the awareness outreach, 17 members of the Georgia Association of Convenience Stores (GACS) registered for Convenience Stores Against Trafficking (CSAT), a program of IOB that specifically engages the convenience store and fuel industries to play a role in the fight against human trafficking. Additionally, 281 c-stores received training and displayed Freedom Stickers in their restrooms. That number has since grown to about 300 stores.

In the spirit of friendly competition, Angela Holland, president of GACS, has challenged the Florida Petroleum Marketers Association to sign up more c-stores this year than GACS did in 2019. The challenge is currently underway.

Awareness, though, is not restricted to the Super Bowl host city or the c-stores in that market. Through its Convenience Stores Against Trafficking initiative, IOB trains the convenience channel about human trafficking year-round. Training tools include a short video, indicator sheets and Freedom Stickers, which are displayed in restrooms.

"Human trafficking is hidden in plain sight. It's there," Beaty said. "Until someone knows what to look for, it's difficult to see."

Something to remember is that not all human trafficking victims are female, she pointed out. "There are male victims out there, too. We cannot forget that everyone is vulnerable to traffickers. Convenience stores are one part of the solution to take a stand against human trafficking," she said.

In Our Backyard links arms across America in the fight against human trafficking through education, partnership and mobilization. Through more than a decade of dedication to this issue — from prevention to restoration — IOB has collaborated with top law enforcement, survivors, government officials, social service providers, and faith communities as the key to creating comprehensive, lasting change. 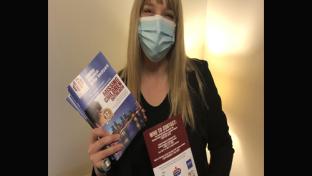 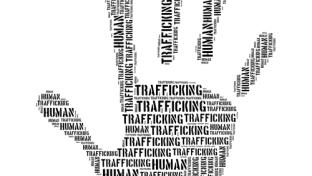 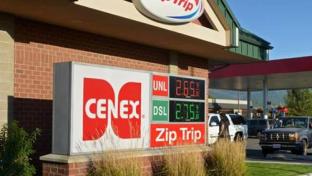 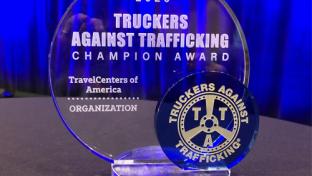