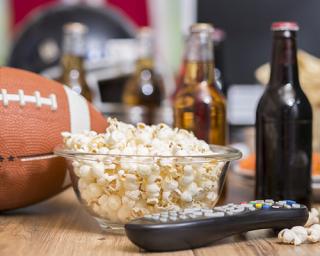 NATIONAL REPORT — Consumers, retailers and consumer packaged goods companies are all getting ready for Super Bowl LIV, the last game of the season.

The 50th modern-era NFL championship game will take place between the San Francisco 49ers and the Kansas City Chiefs on Feb. 2 at the Hard Rock Stadium in Miami Gardens, Fla.

The game represents a major opportunity for retailers that offer snacks. New data from IRI, commissioned by SNAC International, the trade association of the snacking industry, shows that snack food sales jumped 10.3 percent to $404 million during Super Bowl week 2019.

"The Super Bowl and America's favorite snack foods are synonymous," said Elizabeth Avery, president and CEO of SNAC. "They are part of the fabric of America, bringing family and friends together for football, fun and their favorite foods."

"The Super Bowl is an important event that is helping to generate sustained marketplace growth in the snacking sector by providing consumers with the products they love responsibly, sustainably and in sync with society's shared values," Avery said.

Frito-Lay provided more insight on snack consumption during the Super Bowl. Its latest U.S. Snack Index found that snacking is an essential part of the game day experience, as nearly eight in 10 Americans expect snacks to be present.

"The Super Bowl is ingrained in American culture and a top week for the business of snacks," said Mike Del Pozzo, senior vice president of sales and chief customer officer, Frito-Lay North America. "For Frito-Lay, the Super Bowl is a cross-functional effort involving our sales, operations and marketing teams to ensure consumers have the best Super Bowl experience. Our U.S. Snack Index is just one of the ways we keep a pulse on how consumers are snacking for Super Bowl, and we're always excited to see the evolving trends around the biggest salty snacks day of the year."

Some key findings from the U.S. Snack Index include:

Additionally, Nielsen found that many American football fans are trading in their traditional gameday fare for imported beer and jalapeño poppers, reflecting the increased influence of the Latinx population in the United States. Notably, Latinx consumers in Florida, site of this year's game, wield $165 billion in annual spending power.

During the two weeks leading up to 2019's Super Bowl LIII, sales of domestic premium beer were down nearly 5 percent from the prior year, suggesting a similar trajectory this year, according to Nielsen. Comparatively, sales of import beer were up nearly 4 percent. Mexican beers currently account for 73 percent of imported beer sales within the U.S.

Fans are also looking for beverages other than beer. While sales growth for seltzers (up 247 percent) remains strong, wine sales for the Super Bowl are also increasing. Mexican wine sales are up 161.5 percent this year, while sales of Chilean and Argentinian wine have fallen 1.5 percent and 6.3 percent, respectively.

Sales of tequila and mezcal, primarily sourced in Mexico, are up 14.3 percent and 38.1 percent, respectively, year over year. This serves as evidence that American consumers aren't only turning to multicultural offerings during major events such as the Super Bowl, Nielsen said.

Individual convenience store retailers and suppliers are meeting their customers' game-day needs in a variety of ways:

The Bud Light brand invited fans to choose between "#PostyStore" and "#PostyBar," two new TV spots about Bud Light Seltzer that feature musician Post Malone, and decide which one should air as the official in-game commercial.

On Jan. 29-30, fans were able to visit Bud Light's social media channels to watch both commercials and share their input on which ad to air. The winner will be revealed during the game.

"#PostyStore" depicts Malone inside a c-store, faced with the decision whether to buy his go-to beverage Bud Light or the new Bud Light Seltzer, while "#PostyBar" shows Malone entering a bar and encountering Bud Light Seltzer Mango for the first time.

"We are so fortunate to have two great Super Bowl spots this year, but only have room for one. We love this year's Super Bowl campaign because not only does it feature our brand's biggest fan, Post Malone, but we're also giving people a chance to help us choose which spot to air," said Andy Goeler, vice president of marketing for Bud Light. "Bud Light Seltzer offers another easy-drinking option that aligns with what our fans know, love and expect from Bud Light. We're thrilled with the consumer response on the product so far and are excited to bring it to the Super Bowl stage with Post. The situation that plays out in Post's head is one that many consumers might have too, but don't worry, just like Post, you can get both Bud Light and Bud Light Seltzer too."

Additionally, the Michelob ULTRA brand will air a 60-second spot starring late night TV host Jimmy Fallon as he learns that fitness can be fun through the help of world-famous athletes like John Cena, Usain Bolt, Brooks Koepka, and Kerri Walsh Jennings. "Jimmy Works It Out" highlights the brand's belief that hard work is only worth it if you enjoy it — ideally with a Michelob ULTRA afterward.

"Michelob ULTRA has always celebrated the active, balanced lifestyles of our drinkers and this year we're showing people like Jimmy — those who may think fitness is a chore — that they don't have to sacrifice fun to live an active lifestyle," said Azania Andrews, vice president of marketing, Michelob ULTRA. "In our new campaign, people will see that working hard and enjoying themselves don't have to be at odds with each other. We're excited to use the Super Bowl stage to let viewers know that you can have your beer and drink it too."

Cumberland Farms is celebrating Super Bowl Sunday, the second largest food consumption day in the United States, by offering customers a mobile coupon for $2 off a pizza, which typically goes for $7.99.

To get in on the deal, customers only need to test the word "GAMEDAY" to 64827 starting Saturday, Feb. 1 through Sunday, Feb. 2. The coupon may be redeemed for a discount on any whole cheese or pepperoni pizza at any of the convenience store chain's new or newly remodeled stores while supplies last.

Heinz teamed with famed director Roman Coppola, who has overseen hundreds of iconic pieces of film and is an avid fan of the brand, to produce its 30-second Super Bowl ad — which is actually four ads at once appearing in a four-quadrant split-screen format. The ad, developed in partnership with the Wieden+Kennedy New York agency, will air during the game's second quarter, fourth commercial break and feature the Heinz HoneyRacha condiment.

In the ad, four distinct, nerve-racking situations will play out simultaneously to show how in so many situations, the familiarity of Heinz can offer a little reassurance, according to the company.

"For Americans everywhere, Heinz is that staple you can always count on. No matter where you are, when you spot that iconic bottle, it has the power to make so many situations just a little bit better," said Dalia Adler, brand building lead, Heinz. "The big game felt like the perfect time to remind the world that HEINZ will always be there to add some goodness."

Heinz will also use the big game to kick off its new "Find the Goodness" campaign.

"This campaign is all about those little moments of reassurance that remind you things are going to be okay," said Laddie Peterson, creative director at Wieden+Kennedy New York. "That's what HEINZ brings to any situation — the goodness. What fans will see in this spot and throughout the Find the Goodness campaign is some of those moments when HEINZ made something better. And since there were too many to choose from, we're doing something that's never been done before in the big game: airing four spots at once. With Roman's precision, attention to detail and cinematic eye, he was a great creative partner to pull this challenge off. We're excited to give fans a peek into this one before the big game."

Along with the Super Bowl ad, Heinz is running "The Heinz Bottle Matchup" in-store promotion on specially marked bottles of Heinz Ketchup between Jan. 13 and Feb. 3. For every bottle number fans pick up in-store that matches a number in the final score of the game, they can visit www.HEINZMatchup.com for a chance to win thousands of prizes.

For the first time in more than a decade, Frito-Lay's Cheetos is returning to the Super Bowl to debate Cheetos Popcorn, its newest and biggest innovation. The 30-second ad spotlight the orange and red dust that Cheetos fan wear on their fingertips — known officially as "Cheetle" — and kicks off the brand's new marketing campaign, "It's a Cheetos Thing."

'90s hip-hop star MC Hammer is the star of the new commercial, the teaser for which explores the origins of his classic hit "U Can't Touch This" and asks the question: "Was Cheetos and Cheetle the inspiration behind the iconic track?" Fans will be transported back 30 years to see that it all began with a bag of Cheetos and Cheetle-covered fingertips.

The full Super Bowl commercial shows how Cheetle-covered fingertips are not just a delicious treat, but a permission slip to escape the mundane routines of everyday life.

"Cheetos is such an iconic and beloved brand that has gained even more popularity in the last decade, so we saw the Super Bowl as the only fitting place to debut our biggest product launch in a decade with Cheetos Popcorn," said Rachel Ferdinando, senior vice president and chief marketing officer, Frito-Lay North America. "And of course, joining our mischievous brand identity in a playful way with MC Hammer was a perfect fit. It's two icons coming together — Cheetos and Hammertime — in a relatable story about the Cheetle that sticks to everyone's fingers when eating Cheetos."

The new campaign will be supported through all primary channels as well as in-store, out-of-home and digital efforts.

PepsiCo will also celebrate Pepsi Zero Sugar, one of the fastest growing soda brands in the United States in 2019, by giving everyone in America free Pepsi Zero Sugar if the game ends in zero.

"At Pepsi, we are always looking for new ways to meet the evolving preferences of our consumers, and we know that people increasingly are looking for sugar-free options," said Todd Kaplan, vice president, marketing, Pepsi. "We've learned that once people discover the great taste of Pepsi Zero Sugar, they can't get enough of it and keep going back for more. So we are going 'all in' on Pepsi Zero Sugar this year and have created a bold, unapologetic new look to match its great taste, with a new matte black can and a black tab that will stand out anywhere."

Other ways Pepsi is betting on zero in 2020 include:

The retail giant will highlight its online grocery pickup in its first Super Bowl commercial. The 60-second "Famous Visitors" spot features 12 characters from TV and movies who arrive on Earth from across the galaxy to pick up orders at Walmart curbside pickup stations.

"We pulled out all of the stops for our first Big Game commercial, bringing in many more characters and vessels from other beloved intergalactic entertainment properties," said Janey Whiteside, executive vice president and Walmart chief customer officer, in a blog post. "We're excited to show tens of millions of viewers who tune into the Big Game how our pickup service can reinvent their shopping experience and add much-needed time back into their day. It's truly out-of-this-world convenient."

Prior to the game, Walmart will tease the commercial in a multimedia push that includes radio, social media, and TVs inside Walmart stores.