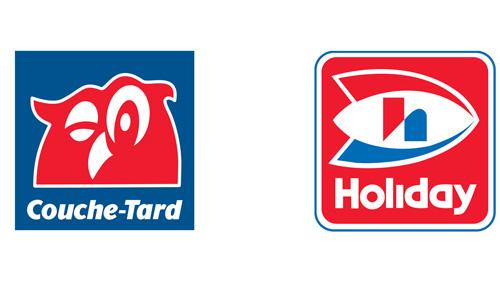 LAVAL, Quebec — In addition to bringing more stores into a retailer's footprint, acquisitions offer an opportunity to adopt new operational tactics in an organization.

This "reverse synergy" is something Alimentation Couche-Tard Inc. is tapping into with its recent acquisition of Holiday Cos.

"I feel great about Holiday. As we said when we closed the transaction, it's just a very, very strong, disciplined team that's built a great brand up in the Northern Tier of the U.S.," Couche-Tard President and CEO Brian Hannasch said during the company's first-quarter 2019 earnings call on Sept. 6. "In terms of synergies itself, we're very close already to our synergy goal after just not even a year."

Couche-Tard is currently working on scaling food pilot programs, largely copying the Holiday model, in multiple markets in the coming quarters, the chief executive said, adding that "we look forward to seeing those results toward the end of the fiscal year."

"Holiday has a very unique promotional process that forces discipline into what we promote, how we promote it, but also very strong response from the customers. This is in pilot in five of our U.S. business units," he reported.

In another example, Couche-Tard is taking a hard look at bringing Holiday's labor model into its operations.

"Holiday has very detailed time studies to build their labor model, so we are actively working to incorporate that into our North American suite of labor tools," Hannasch added.