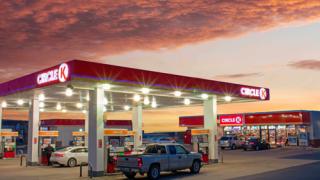 In the second transaction, Couche-Tard transferred to 56 U.S. company-operated Circle K stores to CrossAmerica. The stores have an aggregate value of approximately $50.2 million.

In exchange, CrossAmerica transferred the property for 19 U.S. company-operated convenience stores to Couche-Tard, which already leased and operated the sites. The sites have an aggregate value of approximately $51.4 million.

The two companies entered into the Asset Exchange Agreement in December 2018. As part of this exchange agreement, CrossAmerica will receive 192 company-operated convenience and retail fuel stores in the United States. Of the sites, 162 are fee-based and 30 are leased. The transaction is valued at $184.5 million, as Convenience Store News previously reported.

The two companies completed the first tranche of the pact in May. CrossAmerica's general partner, CrossAmerica GP LLC, is a wholly owned subsidiary of Couche-Tard.

CrossAmerica and Couche-Tard previously expected the asset exchange to take through a series of transactions that would take place over a two-year period. However, they have revised that expectation, moving up the final timeline to the first quarter of 2020 — with most of the transactions closing by the end of 2019.

"We are very pleased with the process we have established to make this a smooth and fast transaction, and continue to collaborate with Alimentation Couche-Tard for future ones," said Gerardo Valencia, CEO and president of CrossAmerica. "I am very proud of our team as we are implementing the process at a faster pace than we anticipated and expect to have the majority of the remaining sites exchanged by year-end."

Allentown-based CrossAmerica is wholesale distributor of motor fuels, and owner and lessor of real estate used in the retail distribution of motor fuels. Formed in 2012, it is a distributor of branded and unbranded petroleum for motor vehicles in the United States and distributes fuel to approximately 1,300 locations and owns or leases over 1,000 sites.

Based in Laval, Quebec, Couche-Tard Couche-Tard's network comprised 9,792 convenience stores throughout North America as of July 21. Its North American network consists of 19 business units, including 15 in the U.S. covering 48 states and four in Canada covering all 10 provinces. In addition, through CrossAmerica Partners LP, Couche-Tard supplies road transportation fuel under various brands to more than 1,300 locations in the United States.