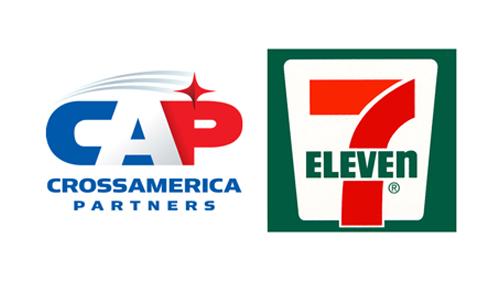 ALLENTOWN, Pa. — CrossAmerica Partners LP has been busy tying up the purchases of several convenience stores it is acquiring from 7-Eleven Inc.

In late May, the partnership reached a deal with Irving, Texas-based 7-Eleven to acquire 106 convenience stores for an aggregate $263 million. The transaction consists of company-operated sites included in 7-Eleven's divestiture process in connection with its acquisition of Speedway LLC from Findlay, Ohio-based Marathon Petroleum Corp. The majority of the sites are currently operating under the Speedway brand, and all will be rebranded in connection with CrossAmerica's closing, as Convenience Store News previously reported.

CrossAmerica expects to close on the remaining 74 sites on a rolling basis over the next eight to 10 weeks, he said during the earnings call on Aug. 10.

"As we mentioned previously, there is an extensive amount of work required to close on a site and convert to our network and fuel suppliers," Nifong explained. "The team here at the partnership is working hard to ensure these conversions go well and, even more importantly, that the stores are able to continue to provide a great experience for our customers."

Once completed, CrossAmerica will rebrand the 106 stores to its proprietary Joe's Kwik Mart brand, which it has been working on redeveloping and reimaging for the past several months.

"Although our pace of divestitures so far this year has been slower than we would like, we have an active pipeline of transactions and expect to continue the process of recycling capital to invest in growth opportunities within our portfolio," Nifong said.

"We are encouraged by the solid results that we generated this quarter and the positive traffic patterns and increased economic activity that we have continued to witness," Nifong said. "We haven’t seen evidence yet of any Delta variant-related impact on our results, but we continue to be vigilant and we’ll take appropriate actions as necessary. We remain focused on closing our transaction with 7-Eleven over the next eight to 10 weeks and ensuring that these assets generate the expected financial results."

Formed in 2012, CrossAmerica Partners is a distributor of branded and unbranded petroleum for motor vehicles in the United States. It distributes fuel to approximately 1,700 locations and owns or leases approximately 1,100 sites. With a geographic footprint covering 34 states, the partnership has relationships with several major oil brands, including ExxonMobil, BP, Shell, Chevron, Sunoco, Valero, Gulf, Citgo, Marathon and Phillips 66.