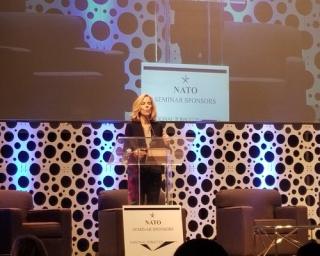 LAS VEGAS — Convenience stores and gas stations remain the go-to place for consumers to buy tobacco products. Even as cigarette volumes continue to notch traditional declines, other segments are picking up the slack.

As shown this week during the National Association of Tobacco Outlets' (NATO) Industry Outlook, held at TPE 2019, the data speaks for itself. Seventy-one percent of U.S. tobacco sales go through the convenience and gas channel, according to presenter Don Burke, senior vice president of Management Science Associates Inc. (MSA).

This number pushes convenience well beyond other conventional classes of trade. Tobacco outlets account for 8 percent of all U.S. tobacco sales, drugstores 2 percent, and dollar stores also 2 percent. MSA's numbers are based on wholesale shipment to retail data through December 2018 across nearly 300,000 stores.

He also explained that dollar stores have about three times the number of locations of tobacco outlets and although the dollar channel is still getting its feet wet in the tobacco category, it will be a strong competitor once it finds the ideal product mix.

Cigarette declines may be driving the slip in c-stores, but large cigars, snus and vapor products are ticking up — or more than ticking up in the case of large cigars, which are up 9.2 percent in convenience and gas.

"Convenience and gas is a big story for large cigars," Burke said.

Vapor is also a big story, with cartridges, disposables and kits ringing up increases in all traditional classes of trade.

"Vapor has great growth potential, but keep in mind the other tobacco product segments that are also growing," he added.

Fellow NATO Industry Outlook presenter Bonnie Herzog, managing director of tobacco, beverage and convenience store research at Wells Fargo Securities LLC, discussed the declines in combustible cigarettes that are causing some industry investors — Wall Street — to grow concerned. However, as she sees it, the notion that tobacco is falling off a cliff is overblown.

In 2018, cigarette volumes were down by more than historical trends — typical declines have been between 3 percent and 4 percent over the past several years — but Herzog said the volume is pivoting to reduced-risk products. And she predicts this trend will continue.

Juul has experienced tremendous growth in the past year and a half, yet with that boost has come negative publicity surrounding the rise in youth vapor use. However, she added, "quite a few adults" are also using the vapor product.

An early believer in the potential of electronic cigarettes and vapor products to  impact the tobacco category, Herzog reiterated her belief that over the next five to 10 years, e-cigarettes, vapor and reduced-risk products will continue to take share in the overall nicotine business. Specifically, she predicts the segment's share to grow 15 percent to 20 percent by 2023.

Because the backbar has a sizeable impact on a convenience retailer's bottom line, tobacco sales and volume trends are important to watch.

However, even more important may be the number of proposed tobacco measures at the local, state and federal levels.

Megan Shea, a local consultant with NATO, explained that 18 states are currently "really active" in introducing tobacco proposals at the local, county and state levels. She pointed to California, Minnesota and Massachusetts, as well as emerging states like Illinois and New York.

"These ordinances start small but get bigger and bigger in terms of impact on the tobacco industry," Shea said.

Some other notable numbers in the 2019 legislative agenda are:

TPE 2019, traditionally the first tobacco show of the year, is taking place at the Las Vegas Convention Center Feb. 11-13.