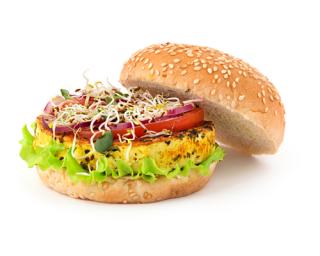 CHICAGO — Plant-based proteins are seeing a rise in demand, as case shipments of plant-based protein from broadline foodservice distributors to foodservice operators increased by 20 percent in the year ending November 2018 compared to one year previously, reported The NPD Group. Additionally, all census regions showed double-digit growth.

The West census region represents the most plant-based protein volume and case shipment growth, followed closely by the South census region, according to NPD.

Approximately a quarter of the U.S. population, many of whom are not vegetarian or vegan, report eating and drinking plant-based foods and beverages along with animal protein on a regular basis. Factors behind the mainstreaming of plant-based proteins include adding protein to one's diet and perceiving them as a better-for-you option.

"Plant-based proteins are no longer just a meat replacement, it's now its own category," said David Portalatin, NPD food industry advisor and author of "Eating Patterns in America." "It's possible that protein overall is evolving into a category, whether animal meat, beans, nuts, soy, wild game or other proteins, in forms ranging from beverage to center-of-plate."