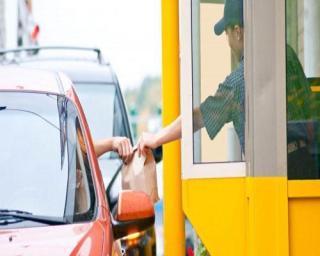 CHICAGO — The use of drive-thru has risen during the COVID-19 pandemic as total restaurant industry traffic fell, according to The NPD Group.

Drive-thru accounted for nearly half of all restaurant occasions (46 percent) during the month of April, primarily at quick-service restaurants (QSR).

Total industry traffic at chain and independent restaurants was down 35 percent during the same month compared to April one year ago, according to NPD's CREST foodservice market research. Digital orders rose 106 percent and now account for 20 percent of all restaurant occasions.

NPD's CREST Performance Alerts also found that as operating restrictions ease in some regions, nearly 320,000 U.S. restaurant units are now able to offer some level of on-premise dining. As a result, the level of customer transaction declines at major restaurant continued to improve the week ending May 24. Total major restaurant chain transactions fell 18 percent during the week compared to one year ago, which is still a 25-point gain from the low of a 43 percent drop in the week ending April 12.

"Among the most interesting behaviors we're seeing is the rapid escalation of using technology to engage with restaurants," said David Portalatin, NPD food industry advisor and author of Eating Patterns in America. "Going forward, we might expect a digital divide that sets apart restaurants with well- executed digital offerings and requires those without to turn to the newfound prowess of third-party platforms."