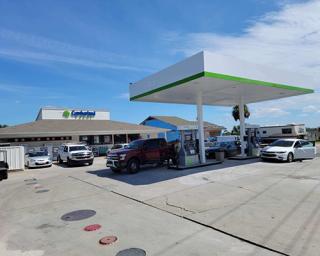 WESTBOROUGH, Mass. — EG Group unveiled the first three Gulf Coast locations that have completed their conversions from Tom Thumb convenience stores to the Cumberland Farms banner. The first converted store to open is located at 7074 State Highway 59 in Gulf Shores, Ala.

More than 50 of the 100-plus Tom Thumb stores slated for conversion are projected to open as Cumberland Farms locations by the end of the year, according to the company.

"We couldn't be more excited to expand to a new area of the country and serve brand new guests as well as New England transplants familiar with an old favorite." said George Fournier, president of EG America. "We have been serving guests in the east coast of Florida for many years and are looking forward to doing the same in the Gulf Coast region."

Customers will also be able to enroll in the SmartPay Rewards program to save 10 cents per gallon of fuel every time they fill up.

EG Group announced in February that it would launch a $50 million project to rebrand 113 Tom Thumb c-stores to Cumberland Farms, as Convenience Store News reported. The initiative is expected to take two years to complete.

The company will convert all existing Tom Thumb c-stores, which are located in Florida, Mississippi, Tennessee, and Alabama, to the Northeast-based brand, as well as develop new locations. EG Group stated that it made the decision after conducting extensive research on market and consumer trends, which projected a tremendous growth opportunity by bringing Cumberland Farms to Gulf Coast communities.

The Cumberland Farms banner also includes more than 50 c-stores on the east coast of Florida.

U.K.-based EG entered the U.S. convenience industry in 2018 when it acquired The Kroger Cos.' c-store portfolio for $2.15 billion.