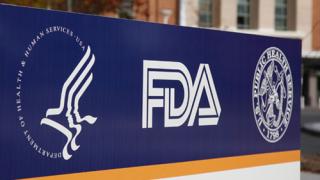 SILVER SPRING, Md. — The Food and Drug Administration (FDA) told a court that it will move up the date for premarket tobacco applications (PMTA) for electronic cigarettes to next year, instead of the 2022 date it had previously set.

The agency's new deadline is in response to a May 15 ruling by U.S. Judge Paul W. Grimm of the U.S. District Court for the District of Maryland. Grimm ruled that the FDA sidestepped its authority when it pushed back deadlines set by its deeming rule.

The agency released the long-awaited deeming rule in May 2016, and the regulations — with spelled out deadlines — included in it went into effect in August of that year. However, one year later the agency said it was delaying the provision requiring manufacturers to submit applications for products on the market as of Aug. 8, 2016, for agency review.

Under the revised timelines, applications for newly regulated combustible products, such as cigars, pipe tobacco and hookah tobacco, would be submitted by Aug. 8, 2021, and applications for non-combustible products such as electronic nicotine delivery systems or e-cigarettes would be submitted by Aug. 8, 2022, as Convenience Store News previously reported.

In a court filing on June 12, the agency proposed a 10-month deadline for e-cigarette and vapor companies to submit the applications after a final ruling, if the court decides not to remand the case back to the agency for further action, according to Reuters.

"Should the court order premarket applications to be submitted by a date certain, it should set that deadline no sooner than 10 months from the date of its decision, along with a one-year period for FDA review," the FDA stated in the court filing.

Under its authority to regulate tobacco products, the agency must approve a PMTA to commercialize any tobacco product not on the market as of Feb. 15, 2007.

However, the groups that first brought the legal challenge against the FDA that led to the court ruling are asking for a much stricter deadline — 120 days.

Taking a mid-point from both the FDA's and plaintiff's proposals, applications could need to be in as soon as seven months from the court ruling, a significant advancement from prior expectations, according to Ryan Tomkins, equity associate at Jefferies.

"Preparing and satisfying a PMTA is no easy task, with applications that are millions of pages long, costing millions in resources, and requiring significant scientific support. It is highly likely now that, with the PMTA deadline being brought forward further, small vapor manufacturers would not be able to satisfy the requirements and will need to remove their products from the market," Tomkins said, adding this could be a positive for big tobacco.

According to Bonnie Herzog, managing director of tobacco, beverage and convenience store research at Wells Fargo Securities LLC, if the proposed shorter timeline for PMTA becomes a reality, Altria Group Inc. and Juul Labs Inc. would be well positioned relative to smaller manufacturers.

"Assuming the court doesn't let the FDA set the PMTA deadline that it believes is most appropriate — currently 2022 for e-cigarettes and 2021 for cigars — we believe the FDA's proposed compromise of 'no sooner than 10mos' would still advantage Altria (Juul/iQOS) as we're confident Juul will be able to comply given its resources/access to Altria's legal/regulatory expertise," Herzog said.