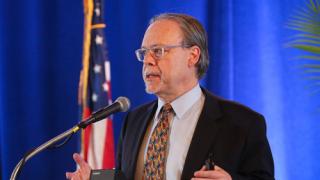 SILVER SPRING, Md. — Calling his time as director of the Food and Drug Administration's (FDA) Center for Tobacco Products (CTP) a labor of love, Mitch Zeller found it hard to narrow down which efforts during his nine-year tenure he was proud of the most.

"It's difficult to pick out one or two or even three top accomplishments in my time here. I don't want to leave anything or anyone out as it's all been important work," he said during an interview posted on the FDA's website. "When I look across the board at everything that collectively we've gotten done, both programmatically and operationally, over the last nine years, it's a very long list."

"Everywhere I look, there's a remarkable degree of programmatic accomplishment," Zeller said, adding the accomplishments have been a collective effort among those in the CTP.

As long as his list of accomplishments is, the list of things he wishes the CTP would have been able to do over the past nine years is short, he said.

"When I think about what more could've gotten done on my watch as center director, it's a short list. But to be completely honest, and this is no secret, I saw us as a center work hard for many, many years on the nicotine reduction product standard. I look forward to the day when that work will bear fruit," Zeller said.

"However, I am very excited that we are using the product standard authority to prohibit menthol in cigarettes, and all characterizing flavors, including menthol, in cigars, which will be a huge accomplishment when finalized," he added.

Looking at future of tobacco regulations he expects the CTP to propose and finalize more "critically important" foundational regulations.

"Where it gets a little murkier to predict is an issue that the center will have to continue to address over time. With the emerging science on alternative tobacco products, starting with e-cigarettes, will we learn more about whether there are medium-term or long-term health consequences to the use of electronic nicotine delivery systems, especially when compared to combustible products? Some of that science will begin to surface in the coming years," he said.

Zeller first came to the FDA in the 1990s and returned in 2013 to head the agency's CTP, which was only established three years prior to his return.

In a December 2013 FDA webinar, Zeller cited two key reasons for his second go-around at the FDA:

Now, after his second stint at the FDA and nine years leading the agency's tobacco regulatory efforts, Zeller is "truly retiring" this month.

"My larger plan is to turn to music. I want to learn how to play an instrument called the vibraphone, which is a wonderful jazz instrument that's like an electrified xylophone. I look forward to taking lessons as well as studying music theory. I'd love to have a better understanding of the structure of music, which is something that's always fascinated me. This is hobby stuff — I want to learn how to play this instrument better just for myself," he said.

"I'm also looking forward to spending much more time with family. That's my vision for retirement. We'll see what happens when I'm doing it in real time," Zeller added.