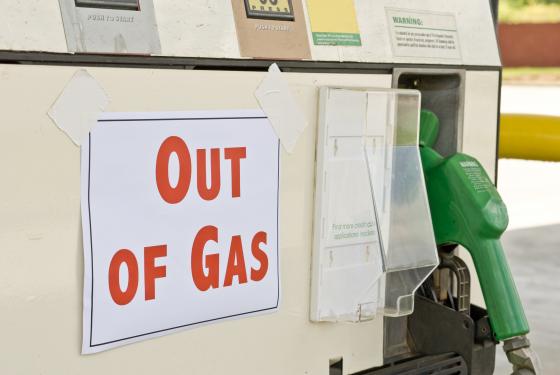 These figures do not include gas stations that are unable to serve customers because they lack power.

"This is a long duration event," Patrick De Haan, head of petroleum analysis at GasBuddy, told the news outlet. "If you don't need fuel urgently, delay purchases for those who are critical and first responders."

De Haan noted that tracked fuel outage figures in Louisiana are likely to rise because a bug in the GasBuddy app prevented it from prompting users for updates. The bug has since been fixed.

Approximately 96 percent of oil production in the Gulf of Mexico temporarily halted as multiple major refineries ceased operations prior to Hurricane Ida's arrival. Damage assessments conducted after the storm will determine whether there will be additional downtime.

"The biggest concern is probably not so much the wind but the flooding," De Haan said. "Refineries are built pretty solid right now, but one thing they can't really plan around is the rain."

Despite this, the U.S. Department of Energy stated on Tuesday that refinery and production shutdowns are not expected to cause any immediate supply issues.

The Colonial Pipeline resumed operations late on Aug. 30 after temporarily shutting down Lines 1 and 2 from Houston, Texas, to Greensboro, N.C., as a precautionary measure two days prior, reported USA Today.

"After receiving clearance to enter the impacted areas, the crews followed rigorous procedures to inspect the infrastructure for integrity and completed all restart protocols," the Colonial Pipeline Co. stated.

Gas prices have not yet seen a significant impact from the shutdowns. The national average for a gallon of regular gas was $3.16 on Aug. 31, 1 cent higher than the previous week, according to AAA.

De Haan predicted that the national average will rise by 5 cents to 15 cents per gallon within two weeks.