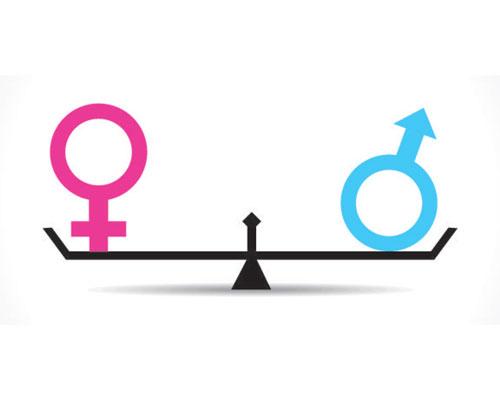 Attempting to close the gender gap in retail and consumer goods without the help of men is like attempting to ride a tandem bike alone: You might move forward a bit, but you’ll crash before you get very far.

Even as they are enthusiastically rolled out, many companies’ gender diversity efforts are destined to fail — because they’re focused almost solely on women.

Many times, men aren’t invited to participate in gender equality programs. Even if they are, they are often unsure how to be supportive.

Some don’t recognize the value of gender-diverse leadership or view their own company’s leadership ranks as equally open to anyone who is talented and ambitious.

Mike Gamson, senior vice president of global solutions at LinkedIn, was one of those men. “I used to think that the world is fair. That it was a meritocracy,” he told Michelle King of [email protected]. “I no longer believe that.”

A few years ago, at an annual LinkedIn global sales event, a woman on Gamson’s team pointed out that all of the speakers on stage were men. “I had a moment of realization. First of all, I hadn’t noticed and, second, the reason for the gender imbalance on stage was that there were only men in charge of the respective departments. My leadership team was not a reflection of our broader team. It was a reflection of myself.”

Since then, Gamson launched LinkedIn’s Women’s Initiative to support women who want to advance. The effort has helped raise the percentage of women in senior roles in LinkedIn’s Global Solutions business from 6 percent to 30 percent.

Many men don’t recognize gender inequality in the workplace, even when it’s staring them in the face. Nearly half of all men believe women are “well represented” in leadership in companies when only one in 10 senior leaders is a woman, according to the Women in the Workplace 2017 report, based on research by LeanIn.org and McKinsey & Co.

Not only do men and women view gender inequality at work differently, but they also disagree on how company resources should be used to close the achievement gap.

Men Are the Solution

The good news: When men are engaged in gender diversity efforts, change happens.

1. Support flexible work policies. Part-time and remote work, job sharing, parental leave and added unpaid vacation are the most effective ways to support a gender-balanced workplace, BCG reports. But these policies will be little used if male leaders don’t use them themselves in a public, transparent way.

2. Model the right behavior. Be conscious of the messages you send and the culture you help create. Don’t make assumptions about any woman’s career ambitions.

3. Communicate fairly. Don’t dominate discussions. Ensure everyone has a chance to speak, no one is talked over, and a good idea is credited to the person who originated it — not the person who talked the loudest or longest. If you’re giving feedback to a female employee, stick to feedback on actions and not personality traits.

4. Sponsor a high-potential woman. Invite her to high-level meetings, support her for a promotion, and ensure she gets the training and development opportunities she needs to advance.

5. Get involved in company-specific initiatives. Serve on a diversity and inclusion committee, attend a women’s leadership conference (more than 100 men attended our NEW Leadership Summit last fall) and use social media to spread the message: Women’s leadership is a powerful business strategy.

Catalyst, which promotes male engagement in gender diversity through its Men Advocating Real Change initiative, offers strategies for women who want to promote men’s participation in creating gender equity. Among them: