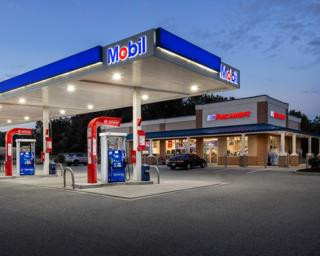 RICHMOND, Va. — GPM Investments LLC will have added flexibility for mergers and acquisitions following a one-year extension of its existing $1 billion agreement with real estate investment firm Oak Street Real Estate Capital LLC. The extended agreement provides aggregate availability in the amount of $1.15 billion for the second year of the term.

ARKO Corp., which owns 100 percent of GPM, and Oak Street Real Estate Capital originally signed a one-year agreement in May 2021, in which Oak Street agreed to purchase and lease real estate to GPM or its affiliates, as Convenience Store Newspreviously reported.

Under the agreement, Oak Street purchases and leases to ARKO the underlying real estate associated with acquisitions of convenience store brands and fueling stations, while ARKO owns and operates the related acquired businesses.

This partnership boosts ARKO's and GPM's financial flexibility and purchasing power and, as a result, allows GPM to be more aggressive with its M&A strategy, the retailer noted.

"Working with Oak Street has given us significant dealmaking flexibility," said Arie Kotler, president and CEO of ARKO. “We plan to continue our highly successful acquisition model with even more creative solutions for sellers, who we believe recognize that we are an acquirer of choice because of our proven strategy of preserving strong local brands while closing deals at highly attractive multiples.”

GPMhas made 20 acquisitions since 2011. Its planned purchase of Quarles Petroleum is expected to close in the second quarter of this year. Fredericksburg, Va.-based Quarles is the largest fleet fueling cardlock operator on the East Coast and services a diverse base of commercial customers across multiple industries, meeting their fueling needs at easily accessible commercial sites. It has operations in Virginia, North Carolina, Maryland, Pennsylvania and Washington, D.C.

"We have had a great experience with ARKO and are excited to enter phase two of our partnership with them," stated Marc Zahr, founder and president of Oak Street.

Richmond-based GPM Investments currently operates 1,406 convenience stores and 1,628 wholesale sites in 33 states and the District of Columbia. It operates in three reportable segments: retail, which includes convenience stores selling fuel products and other merchandise to retail customers; wholesale, which supplies fuel to independent dealers and consignment agents; and GPM Petroleum, which sells and supplies fuel to its retail and wholesale sites.