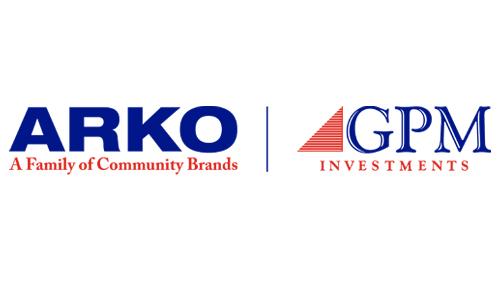 RICHMOND, Va. — Arko Corp., the parent company of GPM Investments LLC, is focusing its effort on mergers and acquisitions (M&A) and organic growth.

"Our industry is highly fragmented and ripe for consolidation," Arko CEO Arie Kotler said during the company's first-quarter 2021 earnings call, held May 13.

The Richmond-based company has recently taken several major steps toward boosting its presence in the convenience channel. On May 4, Arko received a $1 billion real property commitment from Chicago-based real estate investment firm Oak Street Capital. Under the agreement, Oak Street will purchase and lease to Arko the underlying real estate associated with acquisitions of convenience store brands and fueling stations, while Arko will own and operate the related acquired businesses.

The partnership will boost Arko and GPM's financial flexibility and purchasing power, and "as a result, will allow us to be more aggressive with our M&A strategy," Kotler said.

According to the chief executive, there are acquisition opportunities out there and the Oak Street pact makes Arko, and GPM, more competitive in the market.

This month, GPM also closed on its acquisition of the 60-store ExpressStop chain on May 19. The purchase complements GPM's consolidation strategy and adds to its existing network of 165 stores in Michigan and nine stores in Ohio, the retailer stated.

In addition, the company completed its acquisition of Dallas-based Empire Petroleum Partners in October. Calling the deal "a highly strategic combination," Kotler said the transaction increased the company's scale, as it included direct operations of 84 convenience stores and the supply of fuel to more than 1,400 independently operated gas stations in 30 states and Washington, D.C.

"We have been very pleased with the acquisition as is evidenced by the 14 new dealer supply agreements that we signed in Q1, and we continue to realize anticipated synergies associated with this transaction," Kotler stated during the earnings call.

Arko is also focused on organic growth and its store remodeling program. The company completed its first remodel in Collinsville, Va., in late February. Two more projects are underway — a remodel in Richmond, Va., is expected to be completed in June, and the raze-and-rebuild of a truck stop in South Carolina is slated for completion in September. The first remodel cost around $650,000 to $675,000 from start to finish.

"We believe that we have significant embedded opportunities to optimize our store base and invest capital prudently to remodel stores, and we remain focused on executing against this initiative," Kotler explained.

A total of 10 remodeling projects are planned for this year. The remaining seven will take place in the Richmond and Fredericksburg, Va., markets.

Expanding the company's convenience-channel footprint and remodeling its stores are not the only items on Arko's growth agenda. In-store initiatives are underway as well.

"In 2021, due to changing consumer preferences and our desire to greatly expand our take-home food offerings, we intend to add approximately 525 new grab-and-go coolers — of which approximately 63 percent have been installed or are in the process," Kotler reported during the earnings call, adding that the company is also installing roughly 650 new frozen food freezers across its store network.

"While it is too early to tell the full ROI on both projects, we are already seeing the results of the new equipment, coupled with planogramming efforts," he noted.