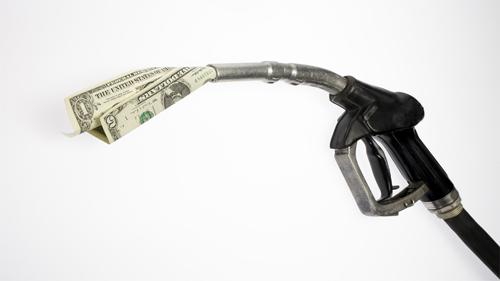 NATIONAL REPORT — Every convenience store has them — customers who stop for fuel, yet never make it from the pump to the store. The challenge is to grab a customer’s attention at the pump and give them a compelling reason to go inside. In today’s world, though, consumers are bombarded with marketing and messages, and are usually looking down and absorbed in their mobile phones.

“It’s about breaking through the clutter with something that is relevant and valued,” said Kevin Struthers, digital commerce lead at W. Capra Consulting, a Chicago-based company focused on retail technology. “We are becoming blind to signage, with our nose in our phones, so retailers have to do something to grab that attention and hopefully get them into a digital channel so that you can track them and message them.”

Research shows that when a customer is paying for their fuel, that is an ideal time to let them know what other problems the c-store can solve, or needs it can fill, according to Eric Sherman, senior vice president of insights and analytics at Detroit-based GSTV, which provides retailers with audio and video capabilities at the pump.

“People don’t just go get gas and then go home,” Sherman noted. “They get gas and then go do something else, so there is an opportunity to get their attention whether they have never been in the store or have not visited in a while. It’s about speaking to the customer with something relevant and saying it in a compelling way that also meets one of their needs.”

Engaging at the Pump

One way to grab attention at the pump is to utilize audio and video.

“It’s about creating the right hook to get them to come in,” said Michael Sansolo, research director for the Coca-Cola Retailing Research Council (CCRRC).

CCRRC’s 2019 Embracing Modern Convenience Report examined shopper needs and where they tend to go to meet those needs. The convenience channel is often filling the needs of hunger, thirst, and the desire for delight, according to the study’s findings.

“You have to highlight and talk up the items inside the store and let customers know they are changing for the better, and also solving their problem,” said Sansolo.

GSTV supplies both audio and video at more than 22,000 locations throughout the country — independents and large chains. GSTV offers news and other programming, works with vendors to promote products available in-store, and partners with c-store operators who want to promote their own proprietary products. The advertising can be segmented by region, individual store, daypart and more.

“Bringing new customers in is about driving awareness of products and services not necessarily associated with c-stores; that go out of the norm of carbonated beverages, candy bars and a bag of chips,” explained Dan Trotzer, executive vice president of industry at GSTV. “Advertise fresh food or healthier options that would go beyond the standard CPG packaged program.”

However, that doesn’t mean offering a deal on soda or candy won’t drive customers into the store. GSTV has worked with a beer brand whose video and audio advertising produced a 3 percent lift in sales, a soda brand that saw a 7 percent lift, and executed a program for lottery purchases that resulted in a 31 percent lift.

Communicating in a compelling way is crucial. In fact, the Advertising Research Foundation reports that 70 percent of an ad’s effectiveness is related to the creative alone.

“Sometimes, you don’t need an offer, you just need a delicious-looking sandwich,” Sherman shared. “The best creative displays the product very clearly in a way that makes it look enticing and tells you where you can get it. On a hot day, a big, cold, delicious-looking can of soda or, at lunch time, a video of a hamburger or hot dog tends to work well.”

Struthers of W. Capra Consulting recommends highlighting something that makes the store or chain different, or something that the brand is known for.

“Know the value proposition for your store and use it,” he advised.

Sansolo of CCRRC also suggests that retailers think outside the box when it comes to engaging customers at the pump. “Look at what other retailers are doing with aromas as a sales tool. If you are roasting chicken, vent this out to where people are pumping gas. And the same with baking. You can employ all the senses,” he said.