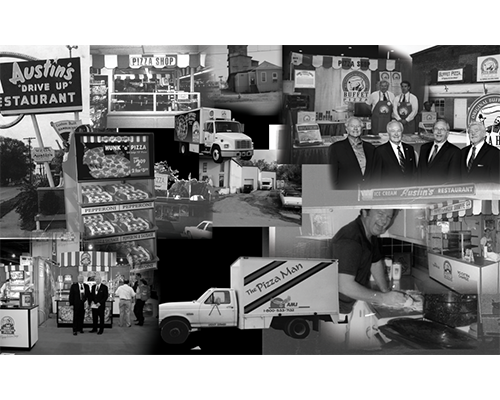 NASHVILLE, Tenn. — The traditional theme for a 30th anniversary is pearl, but Hunt Brothers Pizza is seeing gold as it celebrates three decades in business this year.

The nationally branded pizza program recently reached the milestone of 8,000 locations while serving as the largest made-to-order pizza program in the U.S. convenience store industry.

After growing up working in their father's restaurant, brothers Don, Lonnie, Jim and Charlie Hunt entered the foodservice industry with their own business when they founded wholesale food route Pepe's Pizza in 1962, distributing to restaurants, bowling alleys, drive-in theaters, and more. They went their separate ways over time and sold the business in 1981, only to reunite years later with a newer, less complicated approach to pizza. In 1991, the brothers launched Hunt Brothers Pizza with a focus on simplicity, and the rest is history.

A major difference was that Hunt Brothers Pizza was designed specifically for c-store operators. While it took trial and error to perfect the formula, the brothers put significant effort into understanding how the convenience industry worked, its rules for success, and the difference made by stores' long hours of service.

"They went and learned what c-store owners really needed," Meng said. "There wasn't a lot of money behind it early on."

The brothers' guiding philosophy of helping others led them to focus on rural markets, which frequently operated in areas later called food deserts. Thirty years later, rural c-stores still make up the bulk of Hunt Brothers' retail partnerships. The company avoids oversaturating the market with its brand; c-stores that offer Hunt Brothers Pizza have protected territory, helping them to stand out from their competitors.

The company focuses on simplicity in menu and beyond. Retailer partners don't have to sign contracts or pay franchise fees or royalties. C-stores can drop the Hunt Brothers program at any time, but the company works hard to make sure they don't want to. It views retailers' success as its own success and focuses on building manageable, profitable partnerships for the long term. 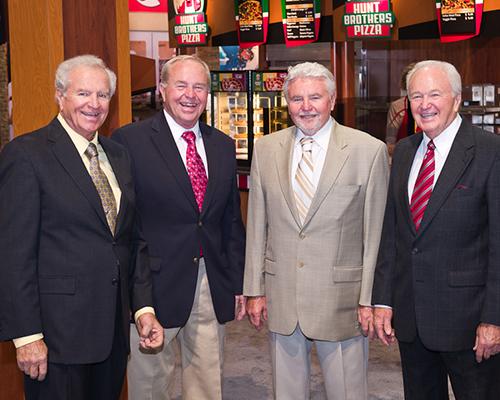 Hunt Brothers has evolved as a company, as has the support it offers c-stores. But much has stayed the same, especially on the actual pizza preparation side of the business. It has fought hard to maintain the same flavor profile and quality of ingredients, instead of stretching profits by using items of lesser quality.

"We haven't cheapened anything," Meng said.

Simplicity remains one Hunt Brothers' core strengths as it strives to innovate with new recipes, while keeping to that guideline. This has resulted in both successes and failures, such as a s'mores dessert that proved to be delicious but too complex. About a decade ago, Hunt Brothers established a rhythm of quarterly limited-time offers alongside its usual fan favorites, which have proven to be popular.

Meng, who is part of the second generation of the Hunt family to be involved with the business — alongside CEO Scott Hunt and executives Britt, Erin, Adam and Frank Hunt — expects these balanced efforts to grow in importance as foodservice becomes more strongly tied to success in the c-store market.

"That's always stuck with me: how important foodservice is to the stores," he said, describing how the company is constantly working with vendors to discover the "next big thing" while staying aware of how many trends pop up quickly and go away.

"We can't be everything to everybody, but we're always on the lookout," he added.

Along with the evolution of foodservice as a major c-store category, Meng points to the company's NASCAR sponsorship as a major growth marker. Hunt Brothers identified NASCAR as being nationally popular with its customer base, but initially it only had access to the bottom rung of drivers. That all changed when the brand began sponsoring Kevin Harvick, driver of the No. 4 Ford for Stewart-Haas Racing.

"It's helped with brand recognition," Meng said. "NASCAR fans are the most loyal of any sport."

As it celebrates its 30th anniversary this year, Hunt Brothers is looking within. Rather than commemorate the occasion with customer-targeted deals, it is focusing on internal celebrations and the retailers it works with. The company has long focused on "being a blessing" to c-stores, incorporating strong family values and guiding principles into its partnerships with retailers.

"They're the ones we really want to show our appreciation to," Meng said.

By the time Hunt Brothers' 40th anniversary rolls around, the company wants to reach 10,000 c-store locations and expand into new territory. Company officials are confident this level of growth is realistic, particularly as the c-store industry puts less emphasis on tobacco and gasoline and more emphasis on foodservice success. They view foodservice as playing a vital role in staying open and relevant.