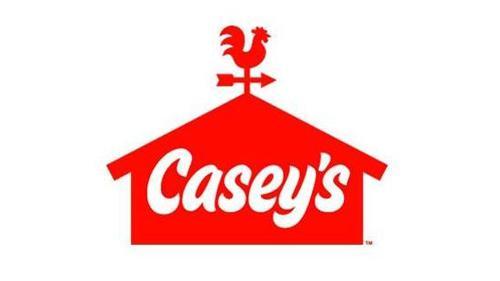 ANKENY, Iowa — As the convenience channel makes leaps and bounds in enhancing guest experience, legacy retailers know that to keep up with the times and shoppers’ expectations, in-store offers cannot be the only agents of change. That’s why, for the first time in five decades, Casey’s General Stores Inc. debuted a new visual identity to match its contemporary guest experience.

The convergence of two matters prompted the Ankeny-based convenience store chain to make the change, according to Chris Jones, senior vice president and chief marketing officer.

Firstly, guests began telling the retailer that Casey’s logo was feeling outdated because of its colors and shapes. Secondly, as Casey’s rolled out enhanced offers — online ordering, delivery services, curbside pickup, a new digital commerce platform and a mobile app — as well as updates to its Casey Rewards loyalty program, the logo was getting left further behind and wasn’t reflecting the retailer’s contemporary offers.

“Guests like to see things that are contemporary and modern, and they’re excited that we’re telling them there are good things to come,” Jones told Convenience Store News. “Strategically, the new logo is setting an expectation with our guests that new things are coming, and giving us permission in their minds to let us bring them those new things. We know we’ve got a good pipeline for our guest experiences and our products and services over the next few years, so it fits perfectly with the logo refresh.”

Casey’s was founded in 1959 by Don Lamberti, who leased a store from his father on East 14th Street and Broadway in Des Moines, Iowa. After nine years of operating that country store, which he remodeled into a c-store, Lamberti’s gas supplier and friend Kurvin C. Fish suggested he buy the Square Deal Oil Co. Following this advice, Lamberti purchased the service station in Boone, Iowa, converted it into a c-store and named it Casey’s by using Fish’s initials. Today, the company operates more than 2,200 c-stores across 16 states.

The process of bringing a new visual identity to fruition for the legacy brand began about a year ago when Casey’s tapped New York-based Interbrand, a marketing consultancy specializing in brand management. Together, the organizations interviewed new and long-time team members and guests, and then leveraged that research to come up with a design.

The retailer officially introduced the new visual identity first to its team members via a company town hall, informing them about the change Casey’s was making, why the company was making it, and what the change meant both for team members and guests.

Casey’s then rolled out the new logo across its digital assets and began teasing it in television advertising, where it was blurred in the background of the picture.

As the final step, the company unveiled the new visual identity with the opening of a brand-new Casey’s convenience store situated in the retailer’s hometown of Ankeny. It was the first store in the company's 16-state footprint to feature the updated identity.

The 4,817-square-foot store showcases the new logo on the facility’s exterior while inside the store, guests find the same quality freshly baked doughnuts, proprietary branded prepared food, and made-from-scratch pizza that the retailer is famous for. Casey’s is the fifth-largest pizza chain in the United States.

The new identity — which follows Casey’s “Here For Good” brand campaign, a consumer-centric enterprise strategy — reflects a fresh, yet familiar feeling. The previous red and yellow barn-shaped emblem emblazoned with the name “Casey’s General Store” has now been transformed to a solid red symbol with a brightly updated font that reads “Casey’s” while maintaining the classic barn shape.

Additionally, the barn’s rooster weathervane is now more prominent than it used to be, signifying the classic archetype of a barn that consumers would find in many of the small farming communities across Casey’s footprint, Jones pointed out.

“What’s fantastic about guest feedback is that when they were exposed to the new logo, they said it looks familiar with the barn and weathervane, and that it looks fun and approachable,” he said. “They also said that it looked like the logo signified that they could expect new things from Casey’s in the future, and that Casey’s was moving forward.”

Plans for the future call for a combination of new builds boasting the updated look, as well as updating existing locations. The process will begin with in-store signage, followed by packaging, and then more permanent elements like exterior branding.

“We are beginning a process to redo the signage at certain stores in certain markets,” Jones told CSNews. “Our approach is to pick an entire market and do it one market at a time.  So, we might do 50 stores in a market or four stores. We’re looking at a couple of big markets near our home base that we’re considering.”

In the meantime, Casey’s is introducing a new private label line of snacks and drinks with the packaging featuring the new logo, which was also designed by Interbrand.