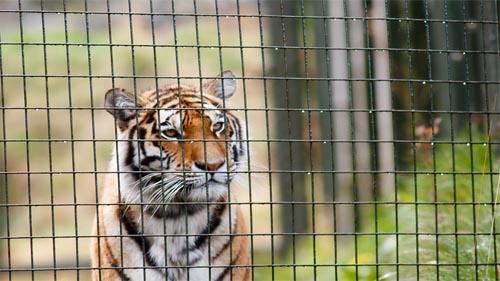 The Gross Tete-based operator has been a tourist spot for decades due to exotic animals caged on its property. Most famous was a Siberian-Bengal tiger named Tony, which lived at Tiger Truck Stop from the age of six months until his death at the age of 17 in 2017.

A lawsuit filed by the Animal Legal Defense Fund (ALDF) stripped the Tiger Truck Stop of its improper permit from the Louisiana Department of Wildlife and Fisheries — a decision that was affirmed on appeal, reported ALDF.org.

In response, truck stop owner Michael Sandlin sued Louisiana over the constitutionality of the state’s big cat ban. The lawsuit, which the ALDF successfully intervened in to assist in protecting the ban, remains pending for now.

"The Animal Legal Defense Fund is pleased that no additional animals will be exploited at the Tiger Truck Stop," said ALDF Executive Director Stephen Wells. "Though we were not able to rescue Tony in time, we have continued to fight in his memory for other captive animals who suffer at roadside zoos across the country."

After Tony's death in 2017, Tiger Truck Stop acquired other animals, including a red kangaroo, coatis and a camel.

The latter drew national attention last year after it had a run-in with a woman who entered the enclosure to retrieve her dog. Video showed the camel sat on top of the woman, who in turn bit the animal's testicles in order to get the animal off of her, reported WBRZ.

Last month, Sandlin retired and the truck stop was taking over by Johnny and Dana Ewing, along with their business partner James Jarreau. The new owners immediately decided to do away with the exotic animals. The camel was sent to a zoo in Alexandria and the cages were taken down.

Jarreau told WBRZ he and his partners are ready to transform the truck stop, starting with how they do business and how they attract new customers.

"It's not how we go to business, it's not with animals, obviously. It's with hard work and service. So hopefully we'll win you over with our service, not animals," he commented. "In life, everything has to change one day or another and it's time for it to change a little bit."

In a few months, the new owners expect to break ground on the new Tiger Truck Stop in the same location. They'll eventually tear down the original building and repave the parking lot where the animals were once caged, according to the news outlet.