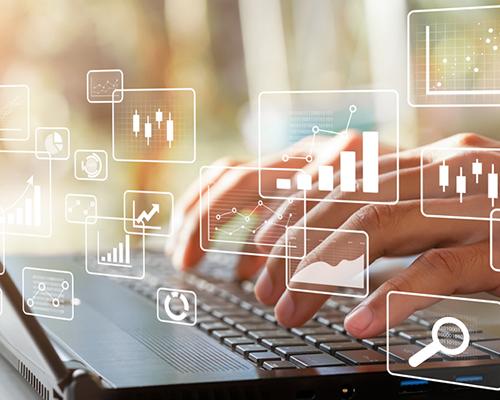 Convenience store retailers must partner with the right vendors, and smartly and continually utilize the technology. In doing so, they can target improvements in multiple areas, including those tied to the human factor.

"In a world with too many priorities, we like to talk about how to drive the thing that you can control in your business," said Mike Coffey, CEO of DTIQ, a provider of intelligent video-based solutions combined with advanced analytics to the retail, restaurant and c-store industries.

Coffey noted that while retailers can't control how many cars drive by their store, they can control what happens when a driver stops on their lot and enters the store. The goal is to increase profit by focusing on what you can control — giving each customer the best experience possible, he said during a recent webinar hosted by Convenience Store News and DTIQ.

Presenting alongside Coffey in the webinar was Colin Dornish, director of operations for Washington, Pa.-based Coen Oil Co., a DTIQ client that operates more than 65 c-stores in Pennsylvania, West Virginia and Ohio under the Coen, Ruff Creek Markets and CoGo's banners.

Coen Oil turned to DTIQ following a period of upheaval; a time when it was undergoing a massive overhaul of its locations. As the company was "setting the tone" for what it wanted to be in terms of store offer and branding, Coen found itself operating many stores with unique challenges, ranging in size from 1,100 square feet to 5,500 square feet.

Foodservice was a particular priority and concern, as the competition in Coen's market includes such food-focused chains as Sheetz and GetGo.

Foodservice is "definitely where the industry's headed," Dornish said.

By adding DTIQ's solution to its foodservice stores — which could fit more cameras than the company's heritage stores — Coen is now able to keep an eye on the physical area where food is made via surveillance, which allows it to monitor preparation procedures and food safety.

Coen also reviews stores' transactional data from the point-of-sale, rolling it into a business intelligence tool to determine how the chain is doing in regards to sales, profitability and other customer-related data points. The company had examined this data in the past under its old system, but lacked the ability to have the data reviewed at a different level.

"That's really where DTIQ came into play for us," Dornish said, describing Coen's prior approach to surveillance as "fragmented." The retailer previously used various off-the-shelf solutions, with individual store managers serving as the primary users. This made reviewing the data "an onerous task from a store-level perspective" when incidents occurred.

Utilizing DTIQ's solution as a remote management system, users have shifted from store managers to office personnel and district managers.

From a human resources and safety perspective, the video data and analytics provided by the solution offer more review for less unnecessary labor, according to Dornish.

He noted that a particularly helpful aspect of the DTIQ solution is Smart Audit, which lets Coen examine data every week to two weeks and use prescriptive feedback to measure things such as store safety, cleanliness and other factors. Each store receives a score, and that score can be measured over time to review performance.

Having a non-based review of sales performance, adherence to policies and procedures, safety initiatives and more has been "a total game changer," Dornish said. Remote auditors are able to identify issues that otherwise may have escaped attention. Plus, connecting the manager bonus program to the results of the audit has helped Coen share the successes of a good audit and get to the bottom of a bad audit.

"It really fundamentally shifted pre- and post-implementation," he said.

A replay of the webinar, "Use Data-Driven Insights to Minimize Loss, Maximize Revenue and Secure C-store Locations," is available here.