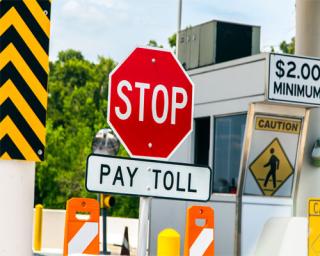 The judge ruled that the court lacks jurisdiction and the case should be brought in the state court system, the Associated Press reported.

Rhode Island lawmakers authorized the toll system in 2016 as part of a $5-billion, decade-long plan to rebuild crumbling roads and bridges, projecting then that the entire system would bring in $450 million over 10 years.

In the suit filed in Providence, R.I., the plaintiffs argue that Rhode Island's new toll system violates the commerce clause of the U.S. Constitution by discriminating against out-of-state trucking companies, as Convenience Store News previously reported.

"This toll regime was designed to, and does in fact, impose discriminatory and disproportionate burdens on out-of-state operators and on truckers who are operating in interstate commerce," the lawsuit stated. "By design, the tolls fall exclusively on the types of trucks that are most likely to be engaged in the interstate transport of cargo, while exempting automobiles and the smaller vehicles that are relatively more likely to be engaged in intrastate travel."

The state argued that the federal court cannot restrain the collection of state taxes, such as tolls, and state matters should be adjudicated in state court.

ATA did not say if it would re-file the lawsuit in state court.

According to Christopher Maxwell, president of the Rhode Island Trucking Association, an ATA member, the judge’s decision doesn’t speak to the merits of the claims, only the venue in which to bring them, according to the AP.