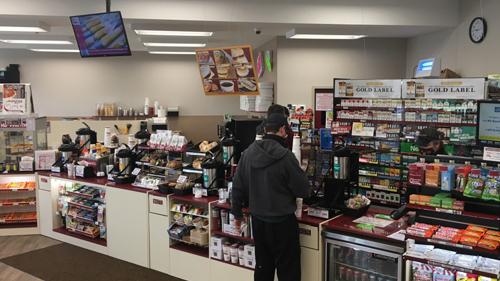 SARATOGA SPRINGS, N.Y. — Stewart's Shops is getting to work on its store rebuild and remodel program for 2021.

The retailer kicked off the initiative with the opening of its newest store in Ballston Spa, N.Y. The store replaces an older Stewart's Shop located across Route 50.

According to the company, growing needs of its customers drove its decision to replace the older Stewart's Shop. The new store has a better flow inside and outside, and offers more grab-and-go food options like pizza and prepared foods.

In all, Stewart's Shops plans 14 new locations in 2021 to replace older, smaller locations in its portfolio. Its construction agenda also includes a number of remodels and additions.

In 2020, Stewart's Shops invested $45 million in 17 new or rebuilt stores in 2020, the last year of its $245-million, five-year program, as Convenience Store News previously reported.

Stewart's Shops will celebrate its first new store of 2021 with a grand opening on May 7 at the Northline Road store. The event will feature discounts on ice cream cones, hot coffee and tea, Stewart's Shops sodas and Refreshers, and hot dogs and roller grill items.

Motorists will also receive a 10-cent discount at the pump during the celebration.