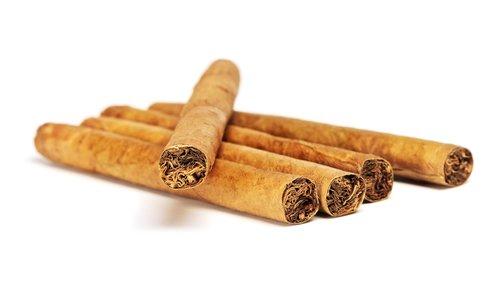 WASHINGTON, D.C. — It was one legislative step forward and one step back for the cigar industry this week.

On May 16, the U.S. House of Representatives Appropriations Committee approved the fiscal year 2019 Agriculture Appropriations bill on a vote of 31-20.

As part of the approval, the full committee adopted several amendments, including the Rep. Cole/Rep. Bishop. Named for U.S. Rep. Tom Cole (R-Okla.) and U.S. Rep. Rob Bishop (R-Utah), the amendment would move the predicate date — also known as the grandfather date — for deeming tobacco products from Feb. 15, 2007 to April 25, 2014.

April 25, 2014 is the date the Food and Drug Administration (FDA) released its proposed deeming rule which outlined its intention to regulate other tobacco products, including cigars and electronic cigarettes.

Previous attempts to change the predicate date proposed moving it to Aug. 8, 2016 — the date the deeming rule went into effect. Those attempts have failed.

According to halfwheel.com, the amendment also includes language to exempt premium cigars from FDA regulatory control. It also includes tougher language on vapor and e-cigarette products, including requirements for online age verification, banning the use of vapor products in schools and the funding of a $50 million awareness campaign.

The cigar industry applauded the move by the House Appropriations Committee. In a joint statement, the International Premium Cigar & Pipe Retailers Association (IPCPR), Cigar Association of America (CAA) and Cigar Rights of America (CRA) said the language addresses significant concerns that the premium cigar industry has maintained since the rule was proposed in 2014.

According to Scott Pearce, IPCPR executive director, this language is proof these concerns are not only heard, but validated.

"I think we've seen broad recognition on and off Capitol Hill that FDA's regulatory regime for premium cigars has been deeply flawed since it was introduced four years ago," Pearce said. "IPCPR and CRA applaud Congressmen Cole, Bishop and all of our supporters on Capitol Hill for finding a sensible legislative solution that provides premium tobacconists and manufacturers certainty. Congress never intended for the premium industry to endure the regulatory burdens imposed by the FDA. Today's vote reinforces that."

Added CAA President Craig Williamson, "after working on two separate amendments for the past four years the groups realized that we are stronger working together to accomplish the same goal — the protection of the entire cigar industry."

The amendment, according to CRA Executive Director Glynn Loope, "sends a clear message that the regulations advanced by the FDA go well beyond the congressional intent of the Tobacco Control Act."

While scoring a win with the budget amendment, the cigar industry lost a battle in court. As halfwheel.com reported, U.S. District Court Judge Amit P. Mehta ruled in favor the FDA in almost all parts of a lawsuit the industry filed against the agency over the deeming rule.

Mehta's decision upheld the deeming rule's requirements for warning labels and the payment of user fees. The judge did, however, strike down a requirement that would have required retailers who blend pipe tobacco to register as manufacturers and instructed FDA to re-evaluate the rule.

The lawsuit dates back to July 2016. As CSNews Online previously reported, CRA, IPCPRA and CAA asked the U.S. District Court in the District of Columbia for a declaratory injunction "vacate, set aside and enjoin the enforcement of the final rule."

In October 2017, the industry groups filed for a motion of partial summary judgment, asking the court to stop FDA's implementation of warning labels, user fees and various pipe tobacco restrictions, according to the news outlet.

Part of the group's argument focused on warning labels and whether FDA went about the correct procedure to craft its regulation.

Mehta did say he believes the FDA should not implement warning labels for premium cigars, but the court legally cannot make that ruling, the report added.

"The court's displeasure with the FDA's handling of the status of premium cigars, no doubt, provides little consolation to the industry. But the court can do no more. Its hands are tied by both the law and the posture of the case," he added.

The two sides will return on June 11 to discuss the status of the case.