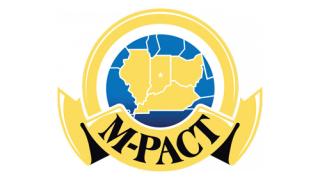 INDIANAPOLIS — M-PACT, the collaboration of four state fuel and convenience store associations — Illinois, Indiana, Kentucky and Ohio — celebrated its 20th annual Midwest Fuel and Convenience Trade Show (M-PACT 2022) with the first-ever M-PACT Awards Ceremony, held on the show's opening day during the general session, along with multiple other special events for the 3,400 registered attendees and more than 300 exhibitors.

The trade show took place April 19-21 at the Indiana Convention Center in Indianapolis.

The awards ceremony was followed by a presentation from keynote speaker Robyn Benincasa, an American endurance racer, adventure racer, author and motivational speaker. During her talk, Benincasa inspired and motivated the audience her with storied history of innovation, visionary creativity, team building and embracing risk as a strategy for success, according to M-PACT.

"This show was perhaps the best M-PACT we've ever held," said Scot Imus, executive director of the Indiana Food & Fuel Association. "Everyone had a great time, and this was a terrific milestone event for our 20th anniversary."

Following the M-PACT 2022 general session, the trade show floor opened earlier than ever before with extended hours to provide attendees and exhibitors more time for networking, learning about new products and services, and solidifying relationships. Education sessions were also held the morning of April 21, offering 10 sessions across five tracks, including a new track entitled "Innovation."

To cap off the anniversary celebration, M-PACT held a live drawing for a $20,000 giveaway during the last hour of the show. The winner was Tommy Janisse of Keystops LLC.

"It is a yearlong effort, one that requires close coordination with all four partner states," Clark, executive director of the Kentucky Petroleum Marketers Association, previously said of M-PACT. "We're regularly meeting throughout the year to plan, research, respond to feedback from participant and exhibitor surveys and to make sure the show represents the latest topics and presents the best opportunities for participants."

"The education, the networking, the speakers that we have, the different kinds of engagement that vendors can get on the show floor with their customers, that doesn't really exist anywhere else, certainly not in the Midwest," added John Sharp, CEO of Illinois Fuel and Retail Association. "You can only get that kind of experience in one place, and that's at M-PACT."