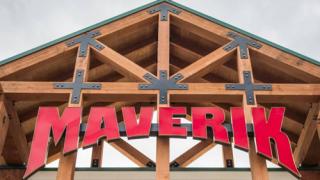 SALT LAKE CITY — Maverik Inc. is adding the Best Stop convenience stores to its footprint, building up to its presence in the Cache Valley of northern Utah and southeast Idaho.

The deal becomes official on Oct. 1.

"Maverik has been a part of the community in Cache Valley for a long time and we are excited to continue our growth there with these four stores," said Aaron Simpson, vice president of Maverik.

"Dave Bessinger and his family have owned and operated Best Stop since opening the first Logan store in 1975, exclusively serving the Cache Valley community. Support from the community was phenomenal in 1975 and Dave was able to open more stores over the years," he added. "Dave said that three elements have supported his success over the years: family, employees, and the Cache Valley community and he is thankful for this support."

Maverik plans to remodel the locations and Best Stop employees are being provided employment opportunities with the convenience retailer.

Based in Salt Lake City, Utah, Maverik is Adventure's First Stop with more than 300 convenience stores across the western states.