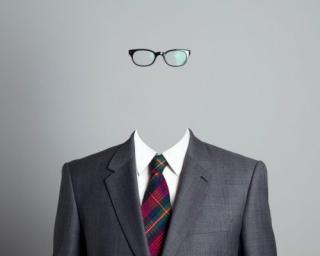 Lately, interest rates for buyers have been so low and EBITDA multiples (earnings before interest, taxes, depreciation and amortization) for sellers have been so high that a midsize retailer who’s even thinking of selling, or has no family succession plan, is greatly tempted to sell, according to Miller, who himself is a midsize retailer, operating 20 c-stores in Virginia.

“One thing that’s changed from the past is that technology has advanced to the point where an acquirer can scale up pretty efficiently. In the past, it was much more difficult to absorb large groups of stores because of all the infrastructure changes they’d have to make,” he added.

Exclusive research for the 2018 Convenience Store News Top 20 Growth Chains ranking uncovered an overwhelming trend of midsize convenience store chains being sold and acquired in the past year, gobbled up by many of the companies that earned a spot on this year’s list. Think Holiday Stationstores, Western Refining, Roadrunner Markets, PDQ Food Stores, Jet-Pep, Honey Farms, and more.

“We’ve seen a lot of instances with these companies where the guy who started and is running the business wants to retire and there’s nobody to run it. So, a lot of times, [these businesses] are selling just because they have no one to take them over,” Ruben explained.

He also believes midsize retailers are selling — or, in other cases, buying other midsize retailers — because of the increasing difficulty of competing in a marketplace with a lot of bigger players. Going up against the Circle Ks and 7-Elevens of the industry is especially challenging on account of their greater buying power and lower overhead costs.

“I think a lot of them have figured out that they need to grow or they need to get out,” Ruben said of those convenience channel players currently sandwiched in the middle.

“The overall timing is right for a strategic exit, and many have finally realized that there is life after the c-store business,” Radosevich said. “Purchase multiples continue to hold at historic levels. The large guys have an insatiable desire to grow and can finance said growth through sale-leaseback and debt financing. New international players continue to enter and explore the viability of the U.S. c-store business.”

Other factors contributing to the exodus of the middle men, according to John Schaninger, marketing guru and owner of The Schaninger Group LLC, are:

Given the staying power of these factors, and the continuing desire among convenience channel growers to expand their brands and efficiencies, Schaninger — a former top marketing executive for New Jersey-based QuickChek Corp. — expects the trend of small and midsize chains being acquired to continue for the foreseeable future.

In fact, the acquisition of midsize chains is so appealing to the market right now that some smaller retailers are growing just to become a midsize chain and go up for sale.

“I am presently representing a private equity group that is consolidating small chains of stores from five to 50 stores in size in hopes of getting to the 200-plus-store size. When I asked them why they wanted to be a 200-store chain, they said it makes them an easier acquisition target by a larger chain,” Terry Monroe, a professional mergers and acquisitions expert in the convenience store and petroleum properties industry, shared with CSNews.

Look in the March issue of Convenience Store News for our full report on “The Disappearing Middle.”