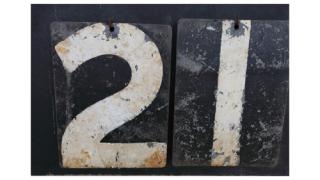 ALEXANDRIA, Va. — The federal legal minimum age to buy tobacco products has been in effect since the closing days of 2019, but retailers are still waiting for direction from the Food and Drug Administration (FDA).

NACS, the leading industry association for the convenience channel, worked with other retail associations to send a second letter to the FDA seeking clarity to retailers transitioning to the new federal Tobacco 21 law.

President Trump signed legislation raising the minimum federal age to buy tobacco products from 18 years old to 21 years old on Dec. 20; several days later the FDA posted a notice on its website that age 21 was effectively immediately. However, the agency has not provided any other updates.

The law gives the FDA 180 days to write regulations implementing the new age and then no more than 90 days for it to take effect. The law does not require a delay of the age 21 requirement, according to NACS.

However, it does consider a regulation to provide retailers with clear direction of the new rules, including a requirement to verify the age of any purchaser under the age of 30. For this reason, NACS believes it was Congress' intent that the law wouldn't be enforced until regulations were both finalized and implemented.

According to the industry association, some state agencies have clarified that they will not enforce the new age until implementing regulations are finalized by FDA, while other state agencies are moving forward with enforcement.

"To effectively make the transition to 21, retailers must retrain employees, update signage, reprogram point-of-sale systems, and educate customers. Retailers are making these efforts, but they each take resources and time to complete," the retail groups wrote in the letter on Jan. 10.

Until the FDA provides additional direction, NACS urges all retailers to take the steps necessary to come into compliance, as Convenience Store News previously reported.