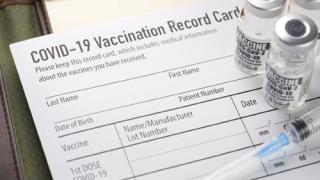 ALEXANDRIA, Va. — NACS joined the National Retail Federation (NRF) and other trade associations in filing a lawsuit against the U.S. Occupational Safety and Health Administration (OSHA) over its COVID-19 vaccination and testing and emergency temporary standard (ETS) for employers with 100 employees or more.

The lawsuit — which was filed on Nov. 9 in the U.S. Court of Appeals for the Fifth Circuit — was signed by the NRF, NACS, the American Trucking Associations, FMI - The Food Industry Association, the International Warehouse Logistics Association, the National Association of Wholesaler-Distributors, and the National Federation of Independent Business.

"Our industry is facing a labor shortage and supply chain disruptions," said Lyle Beckwith, NACS senior vice president of government relations. "The OSHA rule will make all of this worse, and everyday Americans will take the brunt of the problems it creates."

According to Beckwith, NACS members "generally support their employees becoming vaccinated" and have offered incentives and paid time off for vaccinations. "NACS members have a strong incentive to encourage a vaccinated workforce and they do so," he said.

Still, some NACS "members expect that they will have many employees quit their jobs rather than receiving vaccinations against their will," the petition stated.

The petition also raised concerns that if the OSHA rule takes effect, a significant number of employees would refuse both vaccination and weekly testing. As a result, the rule would significantly advance public health and hurt the industry and its ability to serve American consumers.

Additionally, the petition noted that test kits in some areas aren't readily and dependably available, and the costs of complying with OSHA’s mandate would be significant in both dollars and time. "OSHA's estimated costs for these measures are simply not realistic," NACS stated.

NRF President and CEO Matthew Shay argued that the Dec. 6 deadline to provide proof of employee vaccination status and the Jan. 4 deadline for testing unvaccinated employees "are both unworkable and virtually impossible."

"We have consistently and repeatedly communicated our concerns about the practical challenges of meeting those arbitrary targets. However, it appears that our only remaining course of action is to petition for judicial relief," he said.

NRF sent an initial letter to President Joe Biden when OSHA published the ETS on Nov. 5 and sent an expanded letter to the Department of Labor and President Biden on Nov. 9 requesting an extension on the implementation of the mandate.

NACS will host a webinar on Nov. 12 at 1 p.m. EST to answer questions about the OSHA emergency temporary standard. To register, click here.