NATIONAL REPORT — The stroke of midnight on Jan. 1 ushered in a new year, but it also brought with it myriad of new rules that affect the convenience store industry. The changes touch all corners of an operator's business — from foodservice to tobacco to the ever-growing wage battle.

Here is a roundup of some of the changes compiled by Convenience Store News:

The federal minimum wage has been holding steady at $7.25 an hour; however, that has not stopped several states from upping the wage.

Michigan will see its base wage increase to $9.45 this spring.

It may not end there. According to NACS, the Association for Convenience & Fuel Retailing, movements are underway in North Dakota to get a $15-an-hour minimum wage ballot question for 2020, and in Nevada to bump the minimum wage to $14 an hour.

Convenience stores, gas stations and grocery stores in Colorado began adding full-strength to their alcoholic beverage offerings on Jan. 1. Prior to the new year, those outlets were limited to selling 3.2-percent beer, according to KDVR.

"It's a fabulous day," said David Coors, president of A.C. Golden Brewing Co. "Pretty remarkable if you know the history of the beer industry. Our family has been brewing beer since before Colorado was a state. And here we are now seeing another great change to legislation where consumers can find beer all around town at their local grocery stores.

"I think it benefits brewers big and small as well as consumers," he added.

While Massachusetts may still be a patchwork of tobacco regulation, the new Tobacco 21 measure went statewide on Dec. 31.

Consumers who turned 18 before Dec. 31 can still buy tobacco products unless they are in a municipality with a local Tobacco 21 measure on the books.

The new rules also prohibit the sale of tobacco products by pharmacies and bans the use of e-cigarettes in places where state law already prohibits smoking. 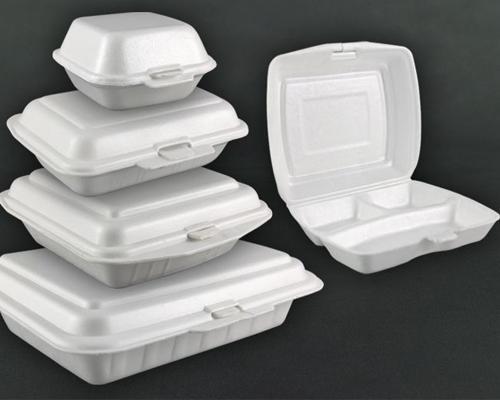 For now, the city will only issue warnings but it will begin fining vendors on July 1, WABC reported.

The city has been trying to ban plastic foam containers since 2013. In 2018, a judge dismissed a lawsuit aimed at blocking the ban.

"There is a huge amount of styrofoam that we don't need to use, that not only will end up in landfills polluting our environment, but often gets washed into our waterways," Sanitation Commissioner Kathryn Garcia said.

As of Jan. 1, drug stores and other stores that contain pharmacies, such as supermarkets and discounters, are prohibited from selling cigarettes and other tobacco products, reported Convenience Store News' sister publication Chain Store Age.

The bill, which was signed by Mayor Bill de Blasio in 2017, was part of a package of anti-smoking bills that also raised the minimum price of cigarettes to $13 a pack, the highest in the nation. E-cigarette sales were banned in pharmacies last August.

"People trust pharmacies to help them stay well — they should be helping smokers quit, not the opposite," Deputy Mayor for Health and Human Services Herminia Palacio said in a statement.

About 500 pharmacies still sell tobacco products, according to the city.