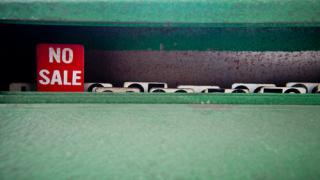 ALBANY, N.Y. — New York is preparing to add menthol to the flavors included in its temporary ban on vapor products.

On Sept. 26, Gov. Andrew Cuomo accepted the recommendations of New York State Health Commissioner Howard Zucker to include menthol in the ban on the sale of flavored electronic cigarettes and nicotine e-liquids.

Cuomo directed Zucker to convene an emergency meeting of the Public Health and Health Planning Council (PHHPC) as soon as possible to expand emergency regulations to include menthol flavors in the ban.

"It is clear that vape and e-cigarette companies are using flavors to get young people hooked on their products, and in New York we have taken several actions to put an end to this marketing tactic," Cuomo said. "In addition to the ban on flavored e-cigarettes already in place and after a thorough evaluation, Commissioner Zucker has recommended a ban on menthol flavored e-cigarettes. I am accepting his recommendation and directing him to hold an emergency meeting to adopt this additional ban at the earliest practicable date.

"We can't sit back and wait for the federal government to take action while a whole new generation becomes addicted to nicotine, and this ban on the sale of menthol flavors further enhances our efforts to protect young people from forming dangerous lifelong habits," the governor added.

The state's prohibition on the sale of flavored vapor products went into effect on Sept. 17 following a vote on an emergency regulation by PHHPC. At that time, Cuomo also directed Zucker to complete a thorough review of whether menthol should be included in the ban, and to report back with the findings within 14 days, as Convenience Store News previously reported.

The state's Department of Health (DOH) review involved multiple studies from medical institutions in addition to a U.S. Centers for Disease Control and Prevention (CDC) survey given to New York State teenagers aged 15 to 17 years old by the department. The survey was conducted in this past spring and the analysis was finalized last week.

The CDC/DOH survey found that young people in New York State are using menthol flavored e-cigarettes at high rates that are increasing. Specific findings include:

Enforcement of the flavor ban begins on Friday, Oct. 4.

Local health departments and the Department's District Offices will handle enforcement and retailers who violate the ban will face fines of up to $2,000 per violation.