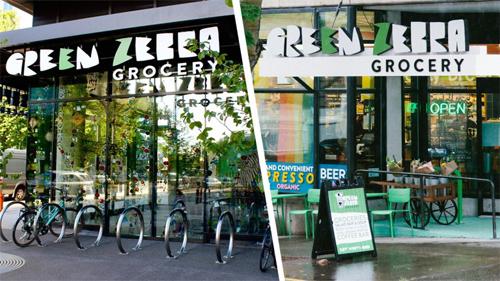 PORTLAND, Ore. — The COVID-19 pandemic has negatively impacted businesses and employees globally, forcing many businesses and organizations to shutter under the economic pressure.

Green Zebra, a Portland-based convenience store chain that focuses on natural and organic goods, is one example of a channel player closing up shop.

In a recent company statement, Green Zebra Founder and CEO Lisa Sedlar announced the operator would close its Portland State University and Lloyd District locations. The sites, which rely on student and business populations, have been hit the hardest, she explained.

Green Zebra will also close its Store Support office. In total, 60 team members will be laid off.

"The decision to close these two stores was extremely difficult to make. We have been doing everything we can to keep our team fully employed and with healthcare benefits. Saying goodbye to our valued team members who have been working so hard as essential service providers, is something I had hoped we could avoid. We were on pace to close our Series B round of financing in February and then COVID hit and the world changed," Sedlar said. "We thought we could ride out the financial losses of these two stores until the pandemic was over, but it's become clear we cannot."

In addition, the company increased its staff discount to 30 percent off to help team members afford purchasing groceries at Green Zebra.

"Natural and organic foods do cost more and when combined with higher wages and better healthcare benefits, the true cost of food is being reflected at the shelf," the CEO explained. "Since the pandemic started, we have provided an additional four weeks of company-paid sick leave in addition to the federally mandated two weeks. We will continue to add hours as needed."

"You might be wondering why I decided to do all of these things while the company is experiencing such a cash crunch and closing stores. The answer is because it’s the right thing to do for our team members. If the company goes under it won't be because we paid out more benefits during the pandemic. It will be because we lost 50 percent of sales during the pandemic," Sedlar said in the statement.

"I also want to extend my thanks to you, our customers. Thank you for supporting us. Small businesses have been disproportionately affected by the pandemic. Unlike large companies, we don't have the huge cash reserves or ability to get credit extended to get us through these tough times," she added. "You might wonder if buying local makes a difference and I want to share with you that it DEFINITELY makes a difference. We need and appreciate every dollar you spend with us and hope you will support us by shopping at one of our other locations or online."

Green Zebra opened its first store in Portland's Kenton neighborhood in 2013, followed by its second store in the Llyod District in 2016 and a third location at Portland State University in 2017. Its newest store, on SE Division, opened in February 2020.