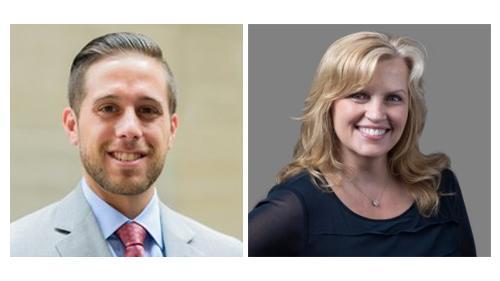 Rodriguez Bas brings more than 20 years of consumer packaged goods (CPG) and retail industry leadership to Acosta. Prior to joining Acosta, he was executive vice president of new business and market development for C&S Wholesale Grocers. During his time at C&S, Rodriguez Bas led the creation of a division that serves the natural, organic, specialty, gourmet and international, ethnic and local markets.

Rodriguez Bas was also CEO of Grupo LALA Mexico & Central America, Latin America's largest dairy company. In this role, he led the company through an initial public offering (IPO) valued at $5 billion, the largest IPO of a CPG company in Latin America. Prior to his time at Grupo LALA, Rodriguez Bas spent nearly a decade at PepsiCo in various leadership roles, culminating with CEO, Australia and New Zealand.

ADD Systems expanded its mobile development team with the addition of Lance Contreras, a full-time mobile application developer. He brings with him 10 years of experience after working as a developer at Emerson.

Ricker will continue to serve on the organization's 11-person board of directors.

Heineken USA appointed Maggie Timoney as CEO. Timoney, an executive with more than 25 years of experience in the beer and cider business, will succeed Heineken veteran Ronald den Elzen, who will be returning to Holland for a global role within Heineken N.V.

Timoney is joining Heineken USA from Heineken Ireland where she served as the CEO for the past five years. She joined the Heineken family in 1998 in a national sales planning role for Heineken USA and then held a series of sales, strategic planning and distribution roles in the Netherlands before being named the managing director of H Heineken Canada in 2006.

She returned to H Heineken USA in 2010 as senior vice president of human resources and a member of the management team. Before Heineken, Timoney worked in sales for at E&J Gallo and an Anheuser-Busch wholesaler in The Bronx, N.Y.

A seasoned CPG leader, Hood joined Kellogg in 2012 as part of the Pringles acquisition after 19 years with Procter & Gamble, where he was vice president and general manager for Pringles North American business.

Lawlor began his Kellogg career in sales in Ireland in 1991. Over the past 27 years, he has held increasingly senior commercial roles, including leading the company's businesses in the Mediterranean, Middle East, Russia and United Kingdom/Ireland.

"Our new leadership team represents the very best talent across both great companies," said Bob Gamgort, CEO of Keurig Dr Pepper. "With proven track records of delivering strong results, I am pleased to have these experienced executives join me in creating a new challenger in the beverage industry. Our combined selling and distribution capabilities, along with our portfolio of hot and cold beverages, will enable us to reach consumers anytime and anywhere they shop for a beverage."

Chris Hartman joined Rutter's as director of fuels and forecourt, marking the 11th generation of the family joining the business.

In this new role, Hartman will oversee the procurement and retail of all fuel products for Rutter's convenience stores including the fleet card program. He will also manage the forecourt experience, which encompasses carwashes, air and vacuum, electric vehicle charging and signage for all locations.

"Rutter's has been a family run business since 1747. Having our 11th generation join the business on the corporate level is a major milestone," said CEO Scott Hartman.  "The combination of Chris's experience working in the stores as he grew up, five years with Crossmark as a food broker, and his master's level education will prove an asset to the organization."

Hartman brings eight years of experience as a Rutter's team member and roving store manager to the position.

In addition, Pam Baldwin joined the Rutter's marketing team as director of advertising and customer engagement.

In this role, she will lead the customer facing marketing for the Rutter's companies including its c-store chain. She will be in charge of strategic development and management of the company's advertising and marketing programs with a focus on Rutter's VIP loyalty card program and direct customer engagement programs.

Baldwin comes to Rutter's with more than 15 years of experience in marketing and advertising for several successful national wholesalers/retailers of home and technology products.

Eck retired from The Goodyear Tire and Rubber Com., where he worked from 1982 until 2017. Most recently, he was vice president of sales at Rice Tire.

Van Holten's welcomed Carrie Rhoads as the company's business development manager. She will focus on marketing and growing the business, as well as contributing to the launch of new products. Rhoads has more than 27 years of experience as a marketing leader. She started her career in the food industry then moved into the technology industry for the past 23 years.

The combined company, Keurig Dr Pepper, will have about $11 billion in annual sales.

TA Truck Service facilities will have access to Goodyear-branded retread tires produced at the plant.