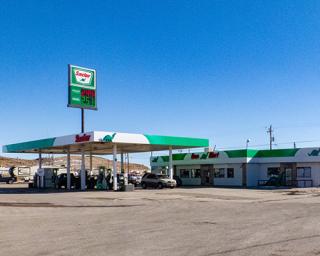 NRC Realty & Capital Advisors LLC (NRC) has been retained to market Rawlins-based Perkins Oil, which was founded in 1976 and operates three company-owned stores in Rawlins as well as three Wyoming cardlock locations in Saratoga, Hanna and Bairoil. Two of the stores are branded Conoco and one Sinclair.

"This is an excellent opportunity to purchase a well-established business with both retail and wholesale components," said Jeff Kramer, managing director at NRC.

Rawlins is the county seat of Carbon County, Wyo., located in the South-Central part of Wyoming, along Interstate 80 on the Red Desert Plateau, bordered to the south by the Sierra Madre Mountains and the Medicine Bow Mountains.

As Convenience Store News recently reported, NRC was also retained as the exclusive real estate broker by the order of the Superior Court of the State of California for the sale of Moe's Stop service station in San Jose.

"The property is very well located near Cambrian Park Plaza proposed redevelopment site which is a 'signature' San Jose project which will have 305 apartments, 48 single-family homes with 27 attached accessory dwelling units and 25 townhomes," said NRC's Evan Gladstone. "The development will also include a 229-room hotel, a senior living center and four acres of open space. The current shopping plaza has a BevMo Beverages & More, Round Table Pizza, Togo's, Bank of the West and The Dollar Store as well as a dozen of other neighborhood tenants."

TravelCenters of America Inc. (TA) also recently wrapped up some M&A activity, completing the acquisition of two travel centers for $45 million. The Petro Raphine and TA Lexington travel centers, located along the Interstate 81 corridor in Virginia, have been TA franchise locations since 2011.