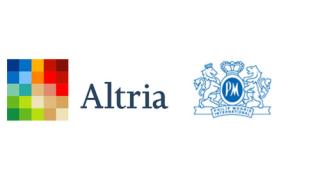 RICHMOND, Va. — Plans to expand IQOS across the United States are on hold.

"Yesterday, the U.S. International Trade Commission issued its final determination that Philip Morris and Altria's IQOS products infringe two patents owned by the BAT Group. As a result, the ITC issued an order preventing Philip Morris and Altria from importing the infringing products, the IQOS 2.4, IQOS 3, IQOS 3 Duo and their accompanying Heatsticks into the United States and preventing Philip Morris USA and Altria Client Services from selling already imported IQOS and Heatsticks in the United States," BAT said in a statement.

"BAT is committed to its purpose of building A Better Tomorrow and is investing significantly behind its unique multi-category portfolio of scientifically substantiated potentially reduced risk nicotine products. Our Vuse vapor and VELO modern oral ranges are available in the U.S. for adult nicotine consumers seeking alternatives to combustible cigarettes," it added. "Infringement of our intellectual property undermines our ability to invest and innovate and thereby reduce the health impact of our business. We will therefore defend our IP robustly across the globe."

According to CNBC, the ban goes into effect in two months after an administrative review that requires President Joe Biden's signature.

PMI plans to appeal the trade agency's decision, and an Altria spokesperson told the news outlet the two companies are working together on contingency plans.

"We continue to believe RJR's patents are invalid and that IQOS does not infringe those patents," an Altria spokesperson said in a statement to CNBC.

Richmond-based Altria officially launched IQOS in the U.S. in October 2019. It came six years after Altria and PMI teamed up to bring the alternative tobacco product to the U.S. market.

In late 2013, PMI and Altria teamed up to establish a framework to commercialize reduced-risk products and electronic cigarettes, as Convenience Store News previously reported.

Subsidiaries of the two tobacco companies entered into a series of agreements to address intellectual property licensing, regulatory engagement and contract manufacturing. In July 2015, the two tobacco leaders expanded that pact to include a joint research, development and technology-sharing agreement.