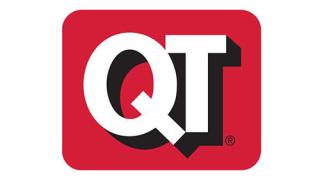 TULSA, Okla. — QuikTrip is preparing to set up shop in another new market.

The convenience retailer is reportedly planning to open three convenience stores in the Chicago metropolitan area. One, in the site of a former Kmart store, will ring up customers next year, according to the Chicago Business Journal.

Aisha Jefferson-Smith, a spokeswoman for QuikTrip, told the news outlet that location will open in June 2023 at 17355 Torrence Ave. in Lansing.

"There are plans to expand in the market," she said. "This is one of three sites in the Chicago market that is [under] construction. [But] we do not provide areas or locations we are working on."

Another QuikTrip gas station is under construction in west suburban Bellwood, the report added.

"The size of our [Lansing] development is a little over five acres," she said. "There are 79 customer and employee parking spaces for the convenience store and 17 spaces for truck parking as well."

Currently, QuikTrip operates five locations in Illinois: one each in Bethalto, Edwardsville and Godfrey Township, and two in Granite City.

The Chicago area is just the latest new market for the retailer. In June, QuikTrip welcomed customers at its first Colorado location, in the Denver-area city of Firestone.

QuikTrip took to social media in the spring of 2019 to announce its proposed move into the Mile High City. The c-store retailer said it chose Denver because it has a large, booming population, and, at the time, had recently dropped some restrictions on beer sales.

In addition to Colorado, QuikTrip is planning to open locations in three more states — Tennessee, Arkansas and Alabama.

It is also expanding its reach with the introduction of remote travel centers. Its inaugural travel centered opened on April 15, 2021, in Shreveport, La. The latest sites include Calera, Ala., and Bellmead, Texas.