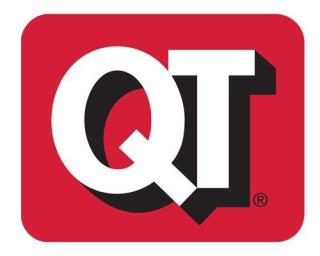 TULSA, Okla. — QuikTrip Corp. is officially a part of the Denver community, ringing up customers at its inaugural Colorado convenience store in the area city of Firestone.

"We opened our first store in the Colorado market this morning!" a June 16 Facebook post from the Tulsa-based convenience operator read.

QuikTrip took to social media in the spring of 2019 to announce its proposed move into the Mile High City. "See you soon, Denver," the company said in a video posted to Facebook.

The c-store retailer said it chose Denver because it has a large, booming population, and, at the time, had recently dropped some restrictions on beer sales.

A year following the announcement, the convenience store chain said it planned to open 50 to 70 locations in the Denver metro area, and is actively seeking local general contractors to help with the construction of those stores in the next five years, The Denver Channel reported.

According to the news outlet, QuikTrip's Denver-area stores will feature an average lot size of 2.5 acres each with a 4,800 square-foot store. The stores were slated to begin opening early 2022, but their exact locations were not disclosed.

In addition to Colorado, QuikTrip is planning to open locations in three more states — Tennessee, Arkansas and Alabama.

Expansion plans are also underway for the state of Oklahoma. Late last year, The Oklahoman reported that the c-store retailer was planning its first store in the Oklahoma City metro at Interstate 35 and Hefner Road, near the Frontier City amusement park. A second Oklahoma City area QuikTrip store in Moore is also planned, according to Tulsa World.

QuikTrip is further expanding its reach with the introduction of remote travel centers. Its inaugural travel centered opened on April 15, 2021, in Shreveport, La. The latest sites include Calera, Ala., and Bellmead, Texas.

The remote travel center model was designed specifically for highly traveled areas of the country that are also within a reasonable proximity to a QuikTrip distribution center for access to fresh food, the convenience store retailer stated.

Founded in 1958, QuikTrip celebrated a company milestone with the opening of its 900th convenience store, located in Corsicana, Texas, last July. The $11-billion company now operates 944 locations in 16 states.