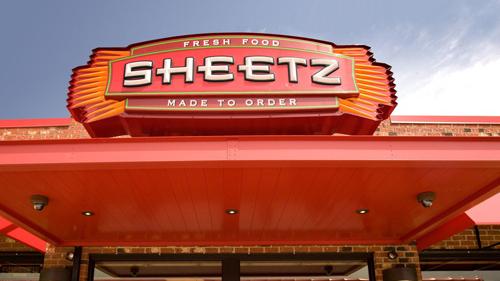 ALTOONA, Pa. — Sheetz is providing a new service to its customers with the installation of bitcoin ATMs in a half a dozen convenience stores.

The retailer is partnering with Texas-based Coinsource to bring the machines to five locations in Pennsylvania and one in North Carolina.

"As cryptocurrency increases in popularity and demand, we are excited to add this service in our continual mission to be the ultimate one-stop-shop," Ryan Sheetz, the company's assistant vice president of brand, said in a release.

The bitcoin ATMs will be added to c-stores in Altoona, Chambersburg, Harrisburg, Pittsburgh and State College, Pa., and in Winston-Salem, N.C.

Customers can make transactions of $5 to $5,000 per day from a Coinsource bitcoin ATM. To use the machines in stores, they need to create an online account with Coinsource to confirm their identities first.

Its move to add bitcoin ATMs to some locations follows on the heels of Circle K's pact with DigitalMint to install Bitcoin kiosks at 20 Circle K locations throughout Arizona and Nevada, as Convenience Store News previously reported.