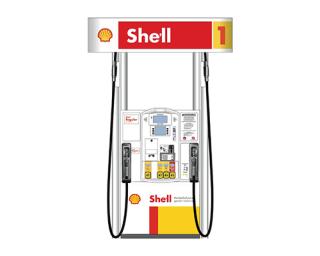 HOUSTON —Shell Oil Co. is commemorating International Women's Day by temporarily changing its name. On March 8, Shell will become She'll with the simple addition of an apostrophe to show that small gestures can motivate and deliver big messages.

The name change will include a logo change at a gas station in San Dimas, Calif., whose executive leadership team includes a duo of female entrepreneurs. The team is also the largest distributor of Shell branded oil in the state.

These changes are part of Shell's new She Will initiative, which will also feature a video that highlights some of the company's female employees and its dedication to creating a gender balanced workplace.

Shell's social media channels will feature the new She'll logo on March 8 to bring more attention to the She Will initiative and the changes occurring at the San Dimas location.

In recent years, Shell has committed to improving gender equity by increasing female representation on the board of directors from 8 percent to 33 percent over the last five years, the company said. It also seeks to close the gender gap in engineering and technology through education, engagement and awareness across the organization and industry. The current U.S. CEO, Gretchen Watkins, is its second female chief executive in the brand's history.

"The kind of future I hope for all girls is that we get to a point in time where we aren't even having the conversation about gender equality in the workplace because we are already living in an environment where it is 50/50," said Patty Lanning, a female employee at Shell.

Based in Houston, Shell is an affiliate of Royal Dutch Shell plc, a global group of energy and petrochemical companies with operations in more than 70 countries. In the U.S., Shell operates in 50 states.