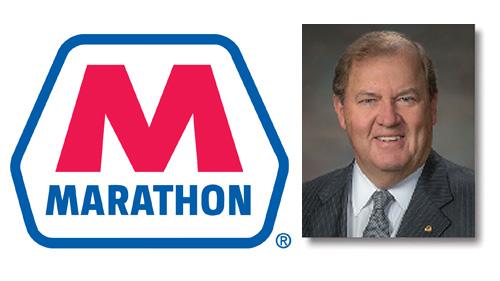 FINDLAY, Ohio — After combining with Andeavor to establish a coast-to-coast retail network, Marathon Petroleum Corp. (MPC) is moving at a fast pace to bring its Speedway convenience store banner to its newly acquired locations.

"Our retail business had an exceptional quarter and demonstrated its ability to capture value. Strong results this quarter reflected the tremendous focus by our team and managing of the day-to-day business in conjunction with the integration of the new stores," MPC Chairman and CEO Gary Heminger said during the company's second-quarter earnings call on Aug. 1.

Since its tie-up with San Antonio-based Andeavor became official on Oct. 1, MPC's Speedway LLC subsidiary has rebranded more than 400 stores.

"Speedway continues to execute its brand expansion strategy through store conversions. As of June 30, we had converted 237 sites in 2019, bringing the total number of conversions since the combination with Andeavor to 407," reported Don Templin, executive vice president and chief financial officer of MPC.

"We remain on track to reach 700 total cumulative store conversions by the end of 2019, including locations in the Southwest and on the West Coast," he noted.

Speedway President Tim Griffith pointed out that the company "will probably really get into" the rebranding process on the West Coast in the fourth quarter of 2019.

"To have 400 stores complete to date, and very much on target to 700 by the end of the year, we are starting to see the improvements in the Southwest that we have converted. We're seeing improvements in the stores in Minnesota/Wisconsin that we have converted," Heminger said. "Being able to bring in one common platform that manages the stores is a big help in managing your operating costs."

Second-quarter 2019 EBITDA for MPC's retail segment was $623 million, an increase of $327 million vs. the first quarter of the year.

Retail fuel margins were nearly 27 cents per gallon in the quarter, "reflecting a favorable commodity market and our team's ability to optimize margin dollars," said Templin.

Same-store merchandise sales increased 6.3 percent year over year, continuing the positive trend the company has seen over the past 12 months, he added.

Seven to eight SuperAmerica sites are being turned around per day.