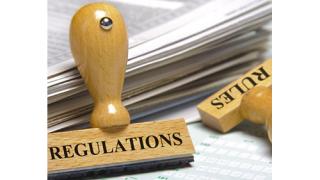 Elkhart — A coalition of local health educators is calling on the community to help build a grassroots support network aimed at reducing tobacco use in Elkhart County. The primary goal is to eliminate point-of-sale tobacco marketing, such as price promotions, discounts on tobacco products, in-store tobacco product displays and retail advertising in stores that sell tobacco.

South Portland — Flavored tobacco could soon be banned in south Portland. Five of the six current council members are reportedly in favor of a ban and the proposal could go before the City Council in December. In Maine, flavored tobacco is already banned in Portland, Brunswick and Bangor.

Ann Arbor — Effective Nov. 17, the University of Michigan will ban the use of all tobacco products on its three campuses. The existing smoking policy on campus will be revised and become the Tobacco-Free University Premises policy.

Under the new policy, the use of tobacco products will be prohibited on university grounds, in buildings and facilities, and in university-owned vehicles. Public sidewalks situated along public thoroughfares and privately owned vehicles do not fall under the policy and smoking in these areas will be permitted.

White Plains — Convenience store retailers in Westchester County are urging legislators to reconsider a proposed ban on the sale of flavored tobacco products. A flavor ban will drive consumers to stores in neighboring counties that still allow these sales, according to the New York Association of Convenience Stores. A public hearing is set for Nov. 14.