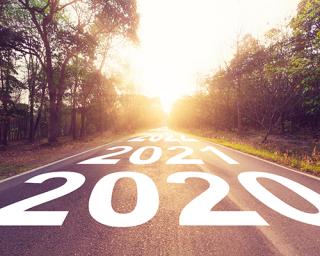 NATIONAL REPORT — For anyone connected to the convenience store industry, there is no denying that consolidation continues to be a prevailing trend within the channel.

But with today's big deals carrying bigger price tags, is a tipping point possibly near?

Maybe, according to Dennis Ruben, executive managing director of NRC Realty & Capital Advisors LLC, based in Chicago. "It depends on the economy in the U.S. If interest rates go up, it will put more pressure on people and what they pay," he explained.

Smaller operators, even if they are interested in deals that come across the table, may have a problem finding financing. Bigger companies have the advantage because they do not have to worry about where the money is coming from, Ruben noted.

"A lot of small operators have bid on smaller deals that make sense for them, but when they are competing against the big guys, they tend to get blown out," he said.

Reaching a tipping point would not be unheard of, according to Steve Montgomery, president of b2b Solutions LLC, a Lake Forest, Ill-based consulting firm.

"It has occurred once before when major oil divested their direct operations in favor of other operating models. This allowed the formation of a number of new companies, and for some of the smaller ones to grow," Montgomery said, although he added that he doesn't foresee a sudden reversal of today's consolidation trend.

The Next Cycle of Deals

It's also possible that acquisitions don't end up panning out for the buyers.

"If someone pays 10, 11 or 12 times store-level EBITDA for a chain and they can't run it as well as the last guy and the numbers start to go down, then someone needs to start asking questions: Do they need to sell some off? Sell all of it?" Ruben said.

This could lead to the next cycle of deals in the convenience channel.

"Part of what we are seeing are companies selling stores as they rationalize their portfolios. If someone wants to sell, they don't want to sell half. So, companies wind up acquiring sites that don't really fit into their portfolio," Ruben explained.

Companies will do acquisitions and then figure out what sites work for them and which ones do not, he continued.